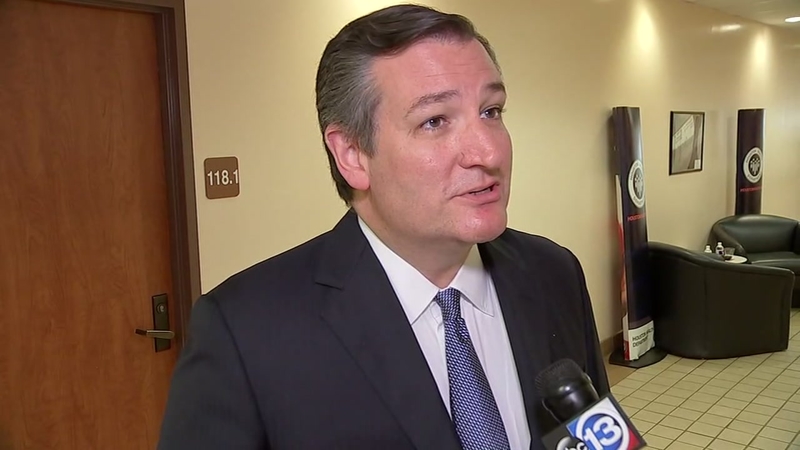 Both of them are working hard in what may be a tightening race for the state's junior senate seat. Both campaigns are now saying they want to debate each other.

He toured the facility, read a children's book to a classroom, and met with community stakeholders about their concerns.

It was the latest stop in a campaign that has seen him crisscrossing Texas.

"We've been on the road," said Cruz. "All across the state. Yesterday, was in San Antonio and New Braunfels. A few days ago, was out in west Texas."

It is a race getting national attention.

Cruz's challenger, El Paso congressman Beto O'Rourke, has been campaigning for more than a year now and has raised a lot of money while traveling to more than 200 Texas counties.

The most recent fundraising filings show that since 2017, O'Rourke has raised more than $13 million and has $8 million on hand. Cruz has raised less than $7 million, roughly what he has left to spend.

"No private planes, no PACs, no corporations," he told Eyewitness News during a visit to Houston in early April. "No special interests, no pollsters, no consultants. Just people, the people of Texas."

O'Rourke said this week he wants six debates with Cruz, two of them in Spanish. Cruz's campaign told Eyewitness News Wednesday, they haven't had any discussions about debates yet but they foresee debates happening before November.

Cruz acknowledged that O'Rourke presents a challenge, a very different voice from his on the issues.