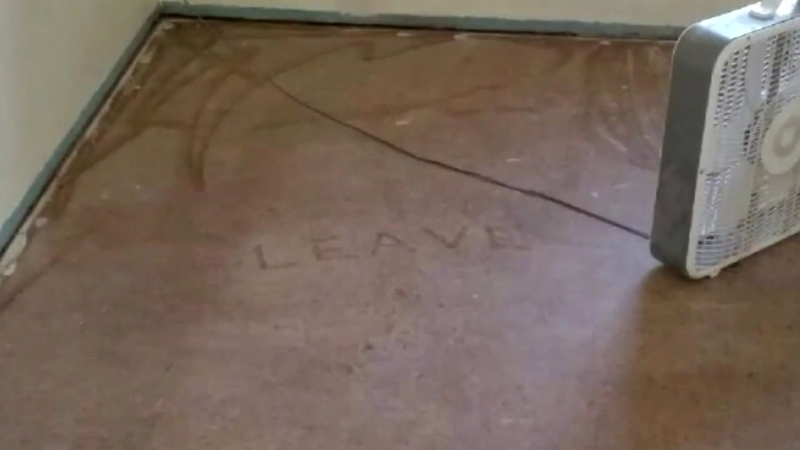 The Tacoma home was purchased in 2016 to be flipped, and the owner retained Casey Clopton's company for the renovation work.

On his second visit, Clopton brought his young daughter into the home.

"All of a sudden, she starts crying," he recalled. "I just chalked it up to a little girl being scared of the dark."

But then, things got weirder.

The construction crew began to hear jiggling doorknobs and mysterious footsteps. They would arrive to open drawers and cupboards, and the unplugged electric fireplace would be releasing heat.

Without warning, a large dresser built into the wall "tipped over, moved over across the hall, and (fell) on its face," according to Clopton.

The oddest message of all greeted Clopton's crew one morning: the word "leave" written in the dust in the middle of the floor.

"How does that happen? The alarm wasn't triggered. No footprints in the dust, how did they get over there to write it?" asked Clopton.

Eventually, the crew began to pencil Bible verses onto the walls and even brought a pastor in to bless the home. Things began to calm down on the property, and the project was completed soon thereafter.

The experience left Clopton wondering what was going on between the house's four walls.

"It's starting to make me a believer about some things -- that there's something else out there," he said.