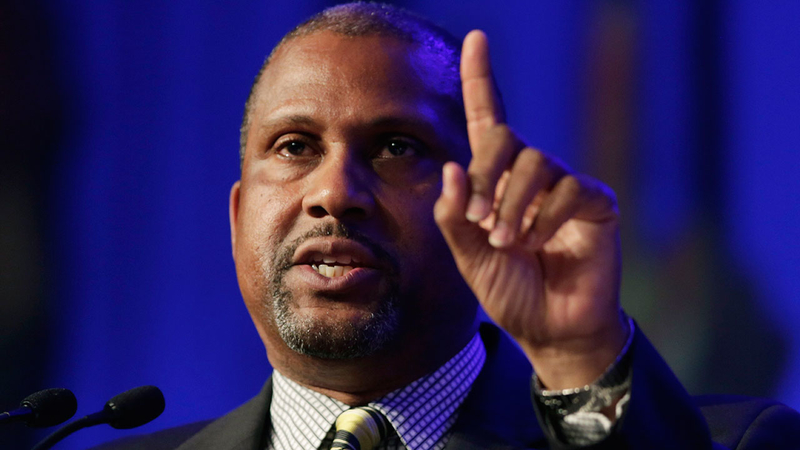 LOS ANGELES -- After PBS said it had suspended distribution of Tavis Smiley's talk show due to "multiple, credible allegations" of misconduct by its host, Smiley accused the network of conducting a "biased and sloppy investigation, which led to a rush to judgment and trampling" on his reputation.

PBS said it had engaged an outside law firm to investigate "troubling allegations" against the host, it said in a Wednesday statement.

"This investigation included interviews with witnesses as well as with Mr. Smiley," the statement said. "The inquiry uncovered multiple, credible allegations of conduct that is inconsistent with the values and standards of PBS, and the totality of this information led to today's decision."

A representative for PBS declined to specify the nature of the allegations against Smiley.

"I have the utmost respect for women and celebrate the courage of those who have come forth to tell their truth," Smiley said in a written statement, which was accompanied by a social media video in which he addressed the camera directly. "To be clear, I have never groped, coerced, or exposed myself inappropriately to any workplace colleague in my entire broadcast career, covering 6 networks over 30 years. Never. Ever. Never."

Smiley's nightly program has aired on PBS since 2004.

"If having a consensual relationship with a colleague years ago is the stuff that leads to this kind of public humiliation and personal destruction, heaven help us," his statement said.