HCTRA cites more than 1,100 drivers for fake tags in March 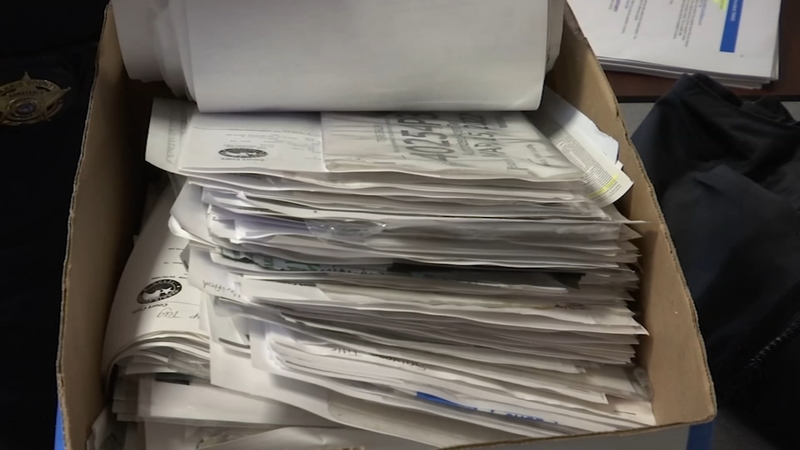 In January, they launched the "Tag You're It" campaign targeting those drivers.

Sgt. Alex Gonzalez with HCTRA said they are extending the program because of their success and the magnitude of the problem.

Since the toll road deputies ramped up their efforts on the 128 miles in their jurisdiction, they report seeing a 44% drop in the number of fictitious tags.

"The general public can see us pulling people over all the time on the toll road, and they'll see a lot of these temp tags, and we're stopping them," Gonzalez said.

In addition to ticketing drivers for their tags, he said they have recovered stolen vehicles, identified victims who unknowingly purchased stolen cars, cleared warrants, and taken dozens of people to jail.

In March, six of the 20 people they have taken to jail led deputies on a chase. All six were taken into custody.

"Since (the plate) doesn't come back to the vehicle, if we don't catch them, we will never know what they were involved in or why they're running," Gonzalez said.

The stops have also led them to two accused human smugglers who the U.S. Marshals wanted this month.

HCTRA has tried to raise awareness about the campaign since it launched and Gonzalez said it has worked.

The toll road authority said they noticed a spike in fictitious tags in 2020 at the start of the pandemic when Governor Abbott waived vehicle registrations and when tax offices were forced to close. They called it the "perfect storm."

"We will continue to fight these fictitious tags as long as it takes, where hopefully we don't see one fictitious tag in the system, on the tollway or in the county," Gonzalez said.