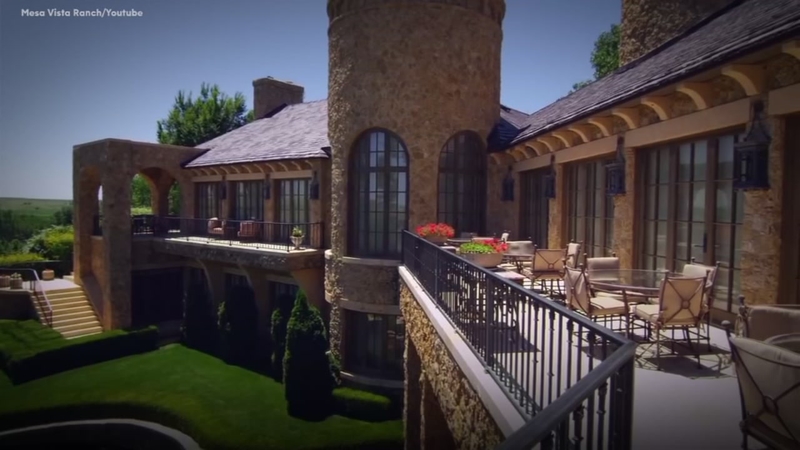 Pickens tweeted "Big news today" in announcing his Mesa Vista Ranch, covering more than 100 square miles, was for sale. The spread is about 90 miles northeast of Amarillo.

"I'm proud of our conservation efforts that have taken place over decades and hope the next owner has the same passion," Pickens tweeted Wednesday. He did not immediately identify any potential buyers.

Pickens, 89, has had health concerns that include a series of strokes.

Pickens on Valentine's Day, 2014, married his fifth wife, Toni Brinker, in a ceremony at the ranch. The couple recently divorced.

Pickens this fall put his Dallas mansion on the market for $5.9 million.

"My Alva Court property in Dallas is a wonderful home with some incredible neighbors," Pickens told The Dallas Morning News. "But as an 89-year-old single man, I've just got too much house on my hands."

Pickens gained national prominence in the 1980s with a series of takeover attempts, targeting Phillips Petroleum and other companies.

He's also given hundreds of millions to his alma mater, Oklahoma State University.

Report a typo to the ABC13 staff
Related topics:
real estatetexastexas newsmansionhousingsales
Copyright © 2022 by The Associated Press. All Rights Reserved.
TOP STORIES
Officials say arrest of man in corporal's murder was state-wide effort
Deputies escort body of fallen HCSO Sgt. to funeral home
Biden confirms he will nominate first Black woman to SCOTUS
Armed driver was trying to rob another driver on Katy Fwy, police say
These jobs are hiring, and they pay more than $14 an hour
Cool temps through the weekend with a warm-up next week
K9 stabbing suspect accused of killing father with dumbbell
Show More
No bond granted for suspect in Pct. 5 corporal ambush killing
Attorney of man questioned in dad's death wants him to seek help
HPD officer's bodycam video released in crash that killed 75-year-old
You could get paid to get your COVID vaccine or booster
World remembers Holocaust as antisemitism rises in pandemic
More TOP STORIES News