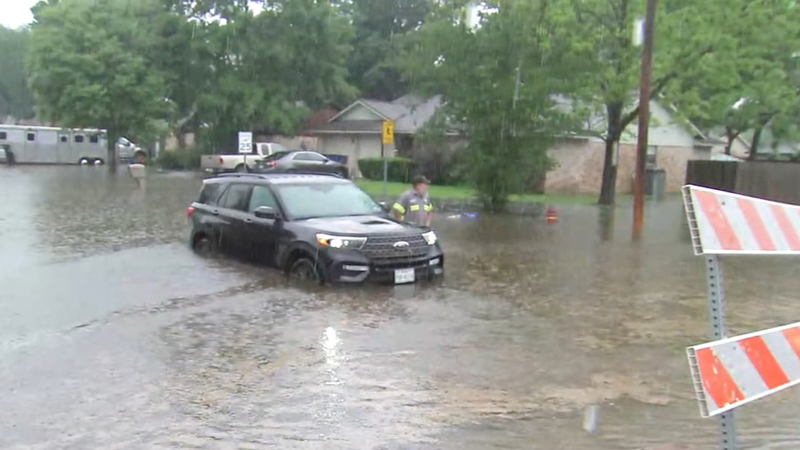 SWEENY, Texas (KTRK) -- Residents in Sweeny have begun reporting damage nearly a day and a half after downpours first started to impact their area.

This is the worst flooding we have seen, so far, in Sweeny, TX. The rain has been non stop- and many neighborhoods are flooded. The water is also creeping into some homes... really feeling for the people, here. https://t.co/ibwZWJUmFA pic.twitter.com/a232B3Ichn

They quickly spotted a stranded car in high flood waters on Azalea Drive off of Ashley-Wilson Road. That driver said their car was not able to move as the water continued to rise.

Reporter TJ Parker spoke to several families who said the water also began to come into their homes.

Authorities warned that high water levels may lead to floating debris, submerged objects and other hazards that are safety risks.

Officials from Sweeny Public Works were also out putting barricades in neighborhoods in effort to decrease flood damage.

More storms are reportedly on the way from southwest Texas and will be bringing rain into Saturday evening.