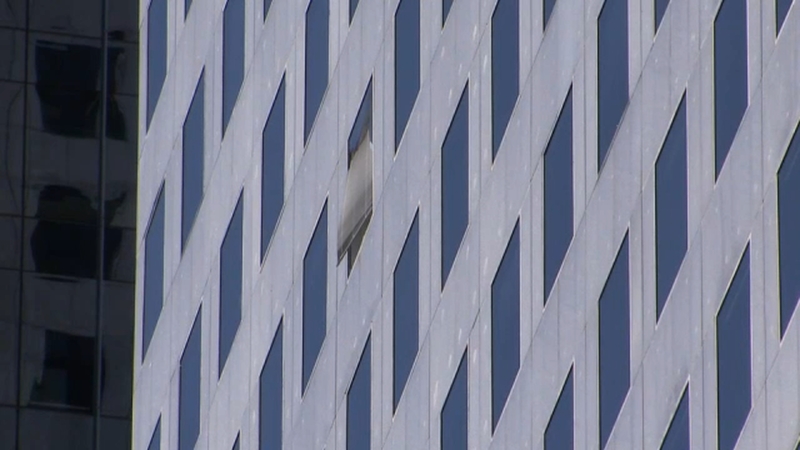 SWAT, hostage negotiators and public information officers respond to a man throwing items out of the Chase Tower at Travis Street

HOUSTON, Texas (KTRK) -- Houston police announced in a tweet Saturday morning that SWAT teams and hostage negotiators are on their way to the 600 block of Travis Street after a man was reported throwing objects from a broken window on the 24th floor of the Chase tower.

SWAT, Hostage Negotiators and PIO are en route to 600 block of Travis for reports of a male in the Chase Tower. Male reportedly on 24 th floor throwing objects from a broken window. No reports of injuries. No other info at this time. #HouNews. pic.twitter.com/TMnWYQMxUD

An ABC13 photojournalist captured video of one window from the tower, which appears to have been broken with blinds dangling from it.

Police have the streets in the area blocked off until further information is provided.

Eyewitnesses can be seen watching the activity from the window above.

The suspect is now in custody, it's unclear what sparked the standoff.