The S.W.A.G.G. Boiz create their own beat on stage! 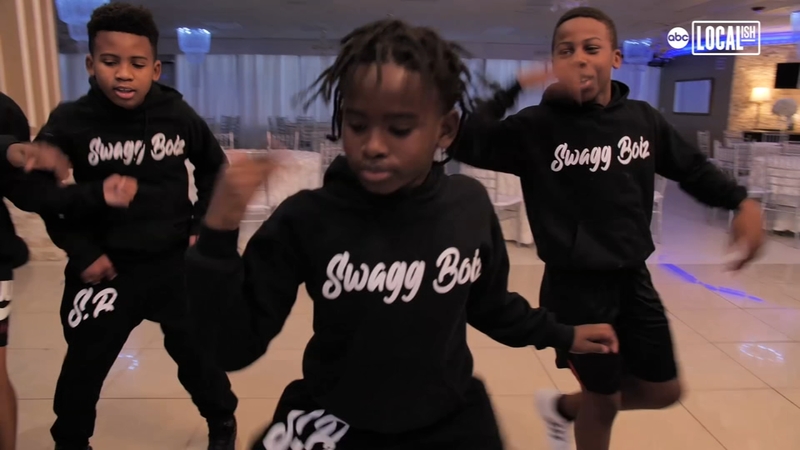 The S.W.A.G.G. Boiz create their own beat on stage!

CHANNELVIEW, Texas -- An award-winning step team in Channelview is lighting up the stage - and social media - with their impressive routines!

The S.W.A.G.G. Boiz, which stands for Steppers Working to Achieve Greater Greatness, includes a dozen elementary and middle school aged boys. In December, the S.W.A.G.G. Boiz won the title of Grand Champions at the Step Show in Dallas, a competition that includes step teams from across the country. They have also competed in Atlanta.

"I would describe stepping as a complex beat using your hands and your feet to put that beat together to make a sound," said their coach, Ryan Shanklin. "And they tell a story through the beat. Their body becomes that instrument."

Shanklin, who taught many of the boys in school, first started the team three years ago.

"There's not a lot of step teams in the schools around Houston, and so I was like, let's be different. Let's think outside the box," he said. "I took a couple of the boys to Texas Southern University to a step show. And once they saw how fun it was and everything that was going on at the Greek show, then they were like, okay, let's do this, let's do this!"

For these young steppers, the team isn't just about rehearsing and competing, but building friendships and self confidence.

"On stage, I'm not scared no more. In school, I used to be just quiet and not speaking and making friends, but it helps me by getting out of my shell more," said La'Keith Bryant, captain of the S.W.A.G.G. Boiz.

"I like the bond between me, my brothers and my coach and it's a good friendship that we've got." said Bryson Sims, another S.W.A.G.G. Boiz member.

Shanklin is excited to see their talent - and their brotherhood - grow even further.