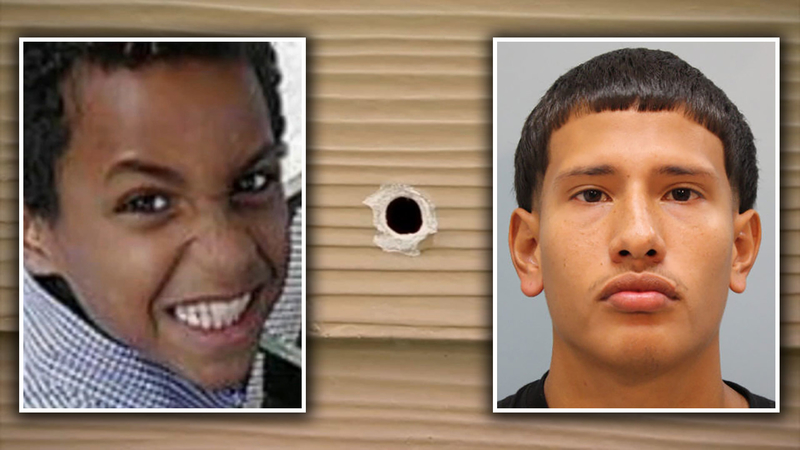 CHANNELVIEW, Texas (KTRK) -- For Kenyatta Jones, the last two weeks have been an emotional rollercoaster.

"What was going through my mind is just why," Jones said. "Being sad, then reminiscing and appreciating the good times, and hearing stories from my kids that they didn't tell me when he was alive."

On June 9, his 11-year-old son Kamren died in his sleep when someone opened fire on the Jones family home in Channelview, striking the boy in his bed.

Sheriff Ed Gonzalez said an unknown person shot at the home, ultimately striking and killing the boy while he was sleeping.

But Wednesday, there was a different emotion: relief.

Jones, a single father of seven, says he moved his family into a bigger home to have more space for the kids, only to lose one of his children a few months after moving in.

"He didn't deserve to die like this," Jones said. "I can't find an adult out there that would tell me that he disrespected them. He was, 'Yes, sir. Yes, ma'am.' Smiling. He was a joyful kid, talented athlete, he was just an amazing personality, handsome like a charmer, he had it all, he was the full package, man. I was proud to be his dad and I'm gonna make sure his legacy lives on. That's all I can do now."

A GoFundMe account has been set up to help Kamren's family.

Wednesday night, Kamren's dad has a message to his son's alleged killer.

"Man up. If you have a problem with somebody, deal with it directly," Jones said. You know, don't be a coward, and that was a straight coward move. I can't imagine making a decision like that that affects an innocent person."

Children killed or injured by violence in Houston: TIMELINE