Suspect accused of killing HPD sergeant to be in court today Arrest of man in sergeant's killing literally stops I-10 traffic

HOUSTON, Texas (KTRK) -- The man accused of killing a Houston police sergeant is now in custody and a person of interest remains on the run.

Robert Soliz, 24, was arrested Tuesday 24 hours after the shooting death of Sgt. Sean Rios. He was arrested during a traffic stop on the Katy Freeway around 3:15 p.m. 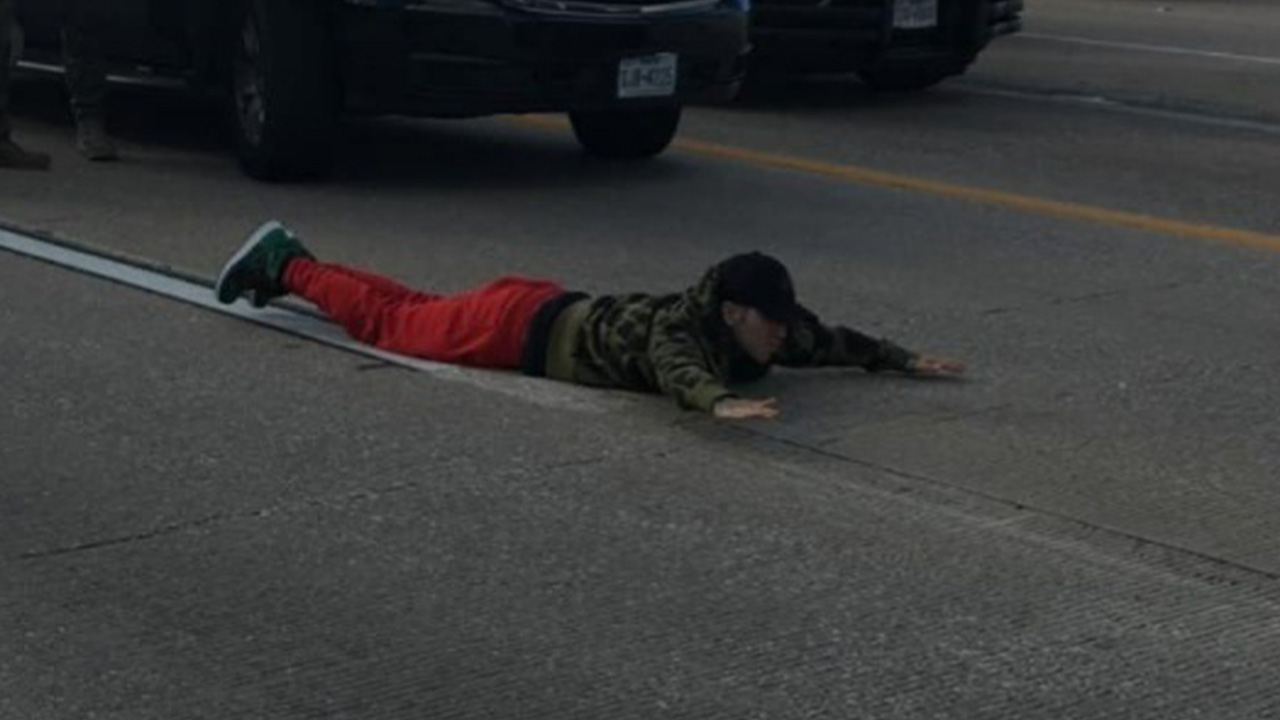 "The video is clear. They know who they are," said Acevedo. "We need this person in custody."

The video, which was shown twice during the briefing, shows a man wearing a dark-colored T-shirt engaged in a conversation with Soliz. The two were seen standing next to a black pickup truck. The video later shows the truck driving off.

"We need this person to come forward," said Acevedo. "He's of great interest to us, and we've got to find that individual."

According to court records obtained by Eyewitness News, Soliz, who was placed in the handcuffs once belonging to Rios, was out on bond for unlawfully carrying a weapon in a motor vehicle on Feb. 15 when he was arrested.

He was given a $100 bail for that charge. In 2017, Soliz was accused of threatening his girlfriend at the time with murder.

Tuesday evening, a spokesperson for Soliz's attorney, Paul Looney, released a statement saying more details on the case will be announced at a press conference on Wednesday.

"[Looney] will address the issues in this case that are not what they seem," read the statement.

Rios was killed Monday afternoon in the 7900 block of the North Freeway after police say he engaged Soliz in a gun battle. After being shot, Rios ran into the Taj Inn & Suites motel looking for help and collapsed. He was declared dead at the scene.

Acevedo said Rios was headed to the airport for his 2 p.m. shift when he was involved in the shootout. Authorities and witnesses say the officer, who was wearing plain clothes, was shot multiple times.

Acevedo said a memorial for Rios will likely be held on Monday. He said more information will be released on Tuesday.

"Any information you may have, we certainly would appreciate it," said Turner. "You're a key participant. If you see something, say something."