Woman accused of shooting wife to death while 12-year-old was present in SE Houston, police say 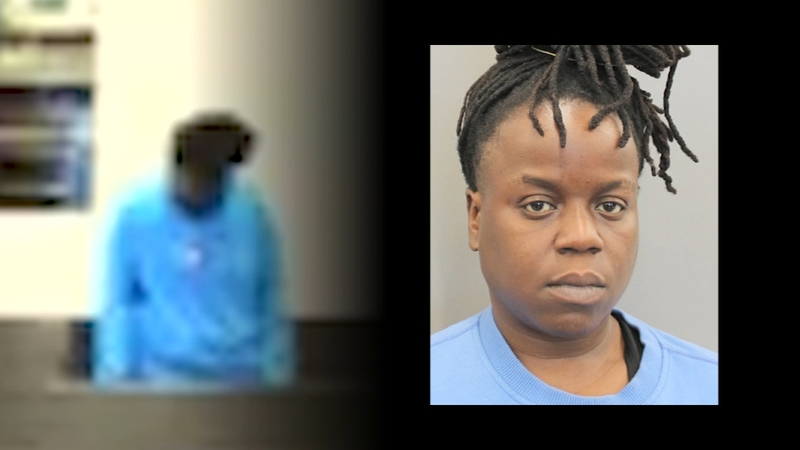 HOUSTON, Texas (KTRK) -- A woman has been charged for shooting her wife to death inside an apartment home over the weekend in the Sunnyside area.

Brittany Brown remains in the Harris County jail for the shooting death of her 30-year-old wife, Erika Hall, according to deputies.

At about 4 a.m. Saturday, police were called to an apartment 4800 block of Jarmese Street near Calhoun Road around for a reported shooting.

Hall was found dead at the scene with multiple bullet wounds. According to court documents, Hall's 12-year-old daughter was sleeping in an adjacent bedroom.

"I have concerns for the safety of (Hall's) family and the community," explained the hearing officer during Brown's first court appearance on Monday morning. "The 12-year-old child (the daughter) came out and discovered that her mother had been shot and she sat there with her mother until police arrived."

Witnesses told deputies the couple was fighting before the incident. Brown claims Hall had a knife which led her to shoot, but evidence does not support it, according to investigators.

"While interviewing (Brown), she changed her story about the knife multiple times. The officer noted no knife was found on, or near (Hall's) body while processing the scene," the prosecutor read from court documents.

Brown told police she used a gun she carries in her right pant pocket. Afterward, a witness said Brown ran out admitting to what she had done and stated, "I shot her. I shot her," said the prosecutor.

A family friend is raising money for Hall's family and the daughter she left behind.