4 men charged in murder of store clerk in SW Houston 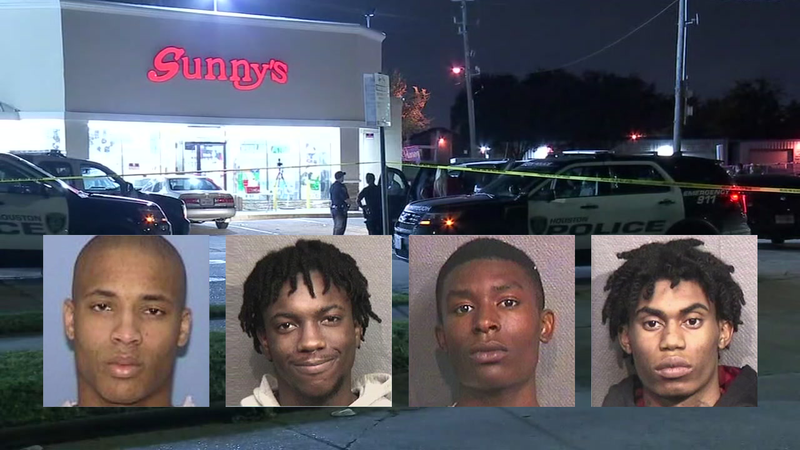 4 men charged in killing of store clerk after robbing him

HOUSTON, Texas (KTRK) -- Hafeez Qureshi was a father of five, a grandfather and loved by his community.

"He looked out for everybody that came into the store, in the community, very caring," said friend Erica Brown.

Sadly, police say he was killed on Saturday by robbers.

Investigators say Qureshi was working at Sunny's Food Store in the 9000 block of South Dairy Ashford when the suspects entered the store and demanded money.

He complied, but he was still murdered. Officers had a break in the case when police say they noticed a vehicle blocking a lane of traffic.

The vehicle looked similar to one they'd been investigating. When they approached the two men standing by it, they ran and dropped two guns.

Friends of Qureshi are mourning the loss.

"There's nothing we can do to bring him back, but it was important for me to go just to show my respect and my love," Brown said.

Sources say three of the suspects are tied to three other robberies. One was at a convenience store at Beechnut and Wilcrest just last week.