Ex-Subway pitchman Fogle gets more than 15 years in prison 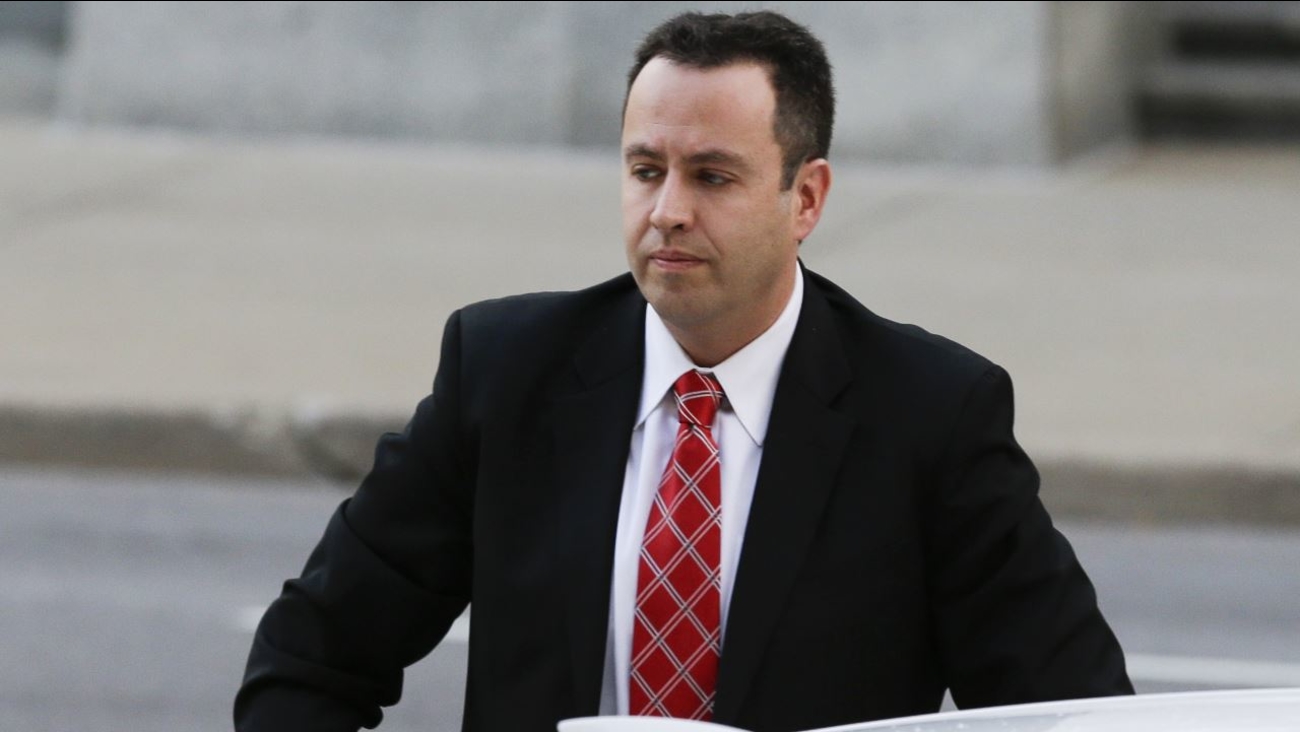 INDIANAPOLIS, IN -- Former Subway pitchman Jared Fogle was sentenced to more than 15 years in prison on Thursday for trading in child pornography and having sex with underage prostitutes, with the judge describing his "perversion and lawlessness" as "extreme."

Judge Tanya Walton Pratt disregarded prosecutors' recommendation that Fogle get 12 years behind bars, opting for a stiffer term of 15 years and eight months in prison. She could have sentenced him to up to 50 years.

In explaining her sentence, the federal judge noted how fortunate Fogle was to land his lucrative deal to be the face of Subway after he lost more than 200 pounds in college, partly by eating the chain's sandwiches.

"What a gift, to have such a professional windfall fall in your lap," she said. But Pratt said Fogle blew the chance he'd been given by living a double life and pointed out that the crimes he committed weren't victimless.

"The level of perversion and lawlessness exhibited by Mr. Fogle is extreme," Pratt said, who also ordered Fogle to submit to a lifetime of post-prison supervision and pay a $175,000 fine. She recommended that Fogle receive sex offender treatment in prison and said she'll recommend he serve his time at a federal lockup in Littleton, Colorado, that specializes in such treatment.

Fogle didn't show any visible reaction when he heard his sentence, but some family members who were in the courtroom began crying and hugging each other after judge ordered Fogle taken into custody.

Before he was sentenced, the 38-year-old father of two addressed the court, apologizing to his victims and his family and vowing to be a better person.

"I so regret that I let so many of you down," he told the court.

Fogle pleaded guilty to one count each of travelling to engage in illicit sexual conduct with a minor and distribution and receipt of child pornography, as per a deal he struck with prosecutors in August, a month after his suburban Indianapolis home was raided.

Fogle's lawyers called John Bradford, a professor of forensic psychiatry at the University of Ottawa in Canada, to testify at Thursday's hearing.

Speaking by phone, Bradford said he analyzed Fogle on Aug. 17 and concluded that Fogle suffers from hypersexuality, mild pedophilia, and alcohol abuse and dependency.

He said he took Fogle's sexual history, including his sexual interests and tested him to determine what images caused Fogle to be sexually aroused. He said Fogle also told him that he had "a fairly extensive history" of using prostitutes for sex. Under cross-examination, Bradford said Fogle admitted to paying a minimum of about $12,000 a year for sex.

Bradford said Fogle told him he had engaged in sex with minors of 16 and 17 years of age, referring to two teenage prostitutes Fogle had admitted paying for sex, and said that he had a sexual interest in teenagers.

Bradford said Fogle apparently had a compulsive eating disorder before he lost all of the weight that led to him becoming the face of Subway, and that his hypersexuality seemed to develop shortly after he shed the extra pounds.

He also said Fogle, whose wife filed for divorce on the day he agreed to plead guilty, admitted that he occasionally fantasized about children. "His main interest was in young females and some interest in adolescent males."

Bradford said he concluded that Fogle suffered from "mild pedophilia."

"I did believe that he did suffer from pedophilia, but it was pedophilia that did not involve acting out that with a child."

Bradford said that Fogle told him he had fantasies about prepubescent females and had masturbated to those fantasies.

"There's no evidence I have that he actually engaged in sex" with such children.

In his plea deal, Fogle admitted that had sex at New York City hotels with two girls under age 18 - one of whom was 16 at the time - and paid them for that sex. He also acknowledged receiving child pornography produced by Russell Taylor, the former executive director of The Jared Foundation, a nonprofit Fogle started to raise awareness and money to fight childhood obesity.

Authorities said Taylor secretly filmed 12 minors as they were nude, changing clothes, or engaged in other activities using hidden cameras in his Indianapolis-area residences to produce child pornography. Taylor has agreed to plead guilty to child exploitation and child pornography charges.

Prosecutors said in a sentencing memorandum filed last week that Fogle received photos or videos from Taylor of eight of those 12 youths, and that some of those images were of girls as young as 12. Fogle could have stopped Taylor from victimizing some of minors, prosecutors have said, but he instead encouraged Taylor to produce additional child pornography.

Fogle agreed to pay a total of $1.4 million to his 14 victims, with each getting $100,000. Before Fogle entered his guilty pleas Thursday, one of his attorneys told the judge that Fogle had paid 12 of the 14 victims and turned over the checks for the last two victims before the proceedings began.