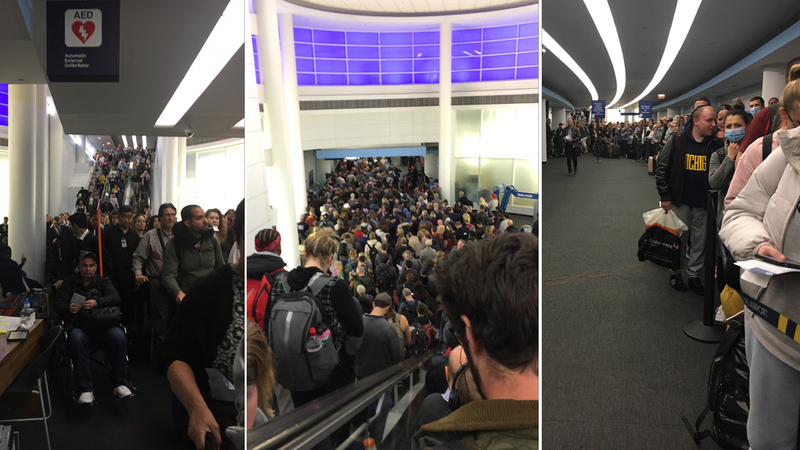 "We were so lucky they didn't get sick, and then at the Chicago Airport, they're packed like sardines."

Pals Blake and Lucas are trying to get home after a three month stay in Florence, Italy.

The 19-year-old's mothers both agree that the trip was a great experience for their sons.

However, the two became part of the exodus of Americans fleeing parts of Europe in the wake of the COVID-19 outbreak.

"They stopped in Berlin, passed health and temperature screenings there," Blake's mother, Lisa said. "They're both young and healthy and had no symptoms of the virus. What I'm scared of now is the airport here."

Blake and Lucas landed at Chicago O'Hare which is one of the 13 U.S. airports where Americans returning from Europe are able to be properly checked for the virus.

The friends sent pictures to their mothers of the crowded lines that stretched through customs.

Lucas' mother, Alison, spoke to her son on the phone Saturday night.

"Some of the airport workers are wearing masks and gloves. Other's aren't using any protective gear," he said.

He said that they would spend another two hours in the customs line, then go to the health screening line where their temperatures would be taken.

They missed their flight to Houston Saturday.

When they finally arrive home, both will have to spend two weeks in self-quarantine to be sure they haven't contracted the virus.

"My only regret is bringing him home when the airport is not ready," said Blake's mother.