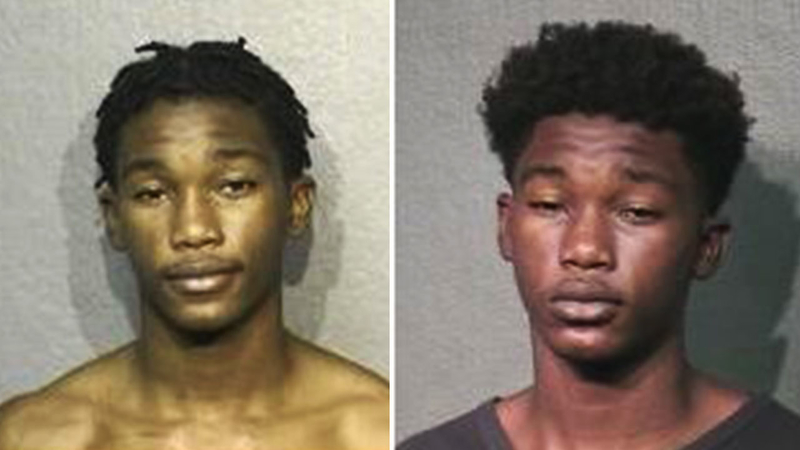 Student arrested for bringing gun to Houston Can Academy

HOUSTON, Texas (KTRK) -- Houston Can Academy's Hobby campus is no longer on lockdown after a student was caught with a gun in his backpack Thursday morning.

The Houston Police Department responded to the school located at 9020 Gulf Freeway around 7:50 a.m.

Investigators identified the suspect as Jaquinn Alani Smith, who is now facing a charge of carrying a weapon in a prohibited place.

Houston Can Academy is no longer on lockdown after a student was caught with a firearm on campus.

According to authorities, the principal confiscated the weapon and secured it in the office before police arrived.

"As soon as I was walking into my first period, they just rushed us into a classroom. They didn't tell us what was going on or anything," student Alejandra Mosso said.

Police said a student had a gun in his backpack, and school officials found it during a screening process done as students enter the building.

A security officer at Houston Can Academy Hobby at 9020 Gulf Fwy found a revolver in a male student's hoodie as the student was being screened before entering the school today. The student ran and the revolver was secured.

The student ran away after the gun was confiscated, but he was later located and detained by police.

"During the normal screening, a security guard found a pistol, which we believe is a revolver, in a jacket of one of the students," HPD Cpt. William McPherson said. "The student realized a pistol had been found took off running."

Students and parents were turned away after the campus was locked down. A few students called their parents out of fear the school could become another scene of campus violence.

"It's overwhelming. One day you're coming to school and you hear that there is a gun in school. Anything could happen, you know, and it is really scary," student Derin De Leon said. "Your life can be taken away at any moment and you don't really know what to expect, especially with all these killings going on in schools and stuff."

Houston Can Academy released the following statement: A student who enrolled with us two weeks ago arrived at our campus this morning with a gun in his jacket. During the daily routine for entering students onto the campus, our campus security officer discovered and confiscated the weapon. Due to the swift response of our security staff, students and staff were not in any immediate danger. The matter is now in the hands of Houston Police Department. The school is secure and all students are safe. The safety of the students is always our top priority. Our security process worked this morning, keeping all students and staff safe. We have counselors in the school available to anyone needing help.
Report a correction or typo
Related topics:
houstonschool lockdownschoolguns
Copyright © 2021 KTRK-TV. All Rights Reserved.
More Videos
From CNN Newsource affiliates
TOP STORIES