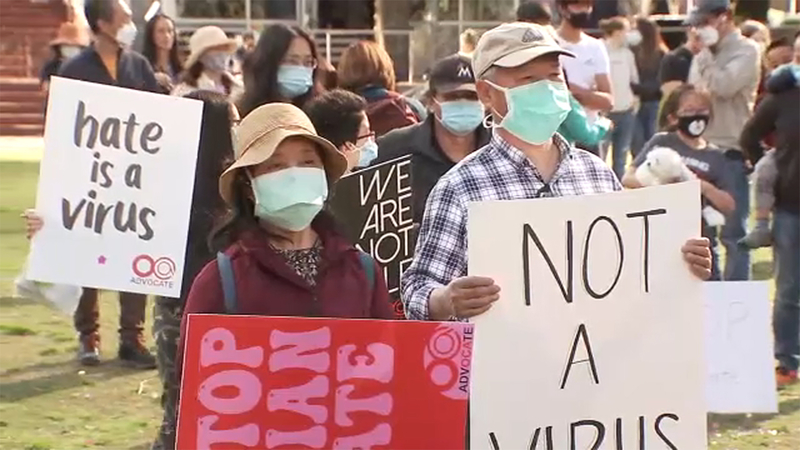 HOUSTON, Texas (KTRK) -- Hundreds of Houstonians rallied in solidarity Saturday to honor the eight victims of a shooting spree in the Atlanta area, many of whom were women of Asian descent.

The #STOPASIANHATE vigil and rally was held at the Grace Event Lawn at Discovery Green. Passionate speakers took the stage to share their thoughts on what they feel has been racism towards Asians for quite some time.

"I will fight for you," said Congresswoman Jackson-Lee in a passionate speech.

Attendees said they are looking for change and are looking to raise awareness to the ongoing violent acts toward Asians in the country.

"We want to help bring this issue to the forefront or everybody is going to ignore it like nothing happened," said a supporter on Saturday.

The event was hosted by OCA-Greater Houston, an organization that works to advance the social, political, and economic well-being of Asian Pacific Americans.

"For over a year, our community has been a target of hate and bias, living fearful of public threats and harassment," said Debbie Chen, the programs director for OCA-Greater Houston. "We call for solidarity from the community and elected officials to support the AAPI community by reporting incidents, becoming empowered bystanders, and initiating legislative action."

This week, the hashtag Stop Asian Hate was trending number one on Twitter as people responded to the violence.

It found that verbal harassment makes up 68% of hate incidents, physical assaults make up 11% and that women are 2.3 times more likely to report hate incidents. 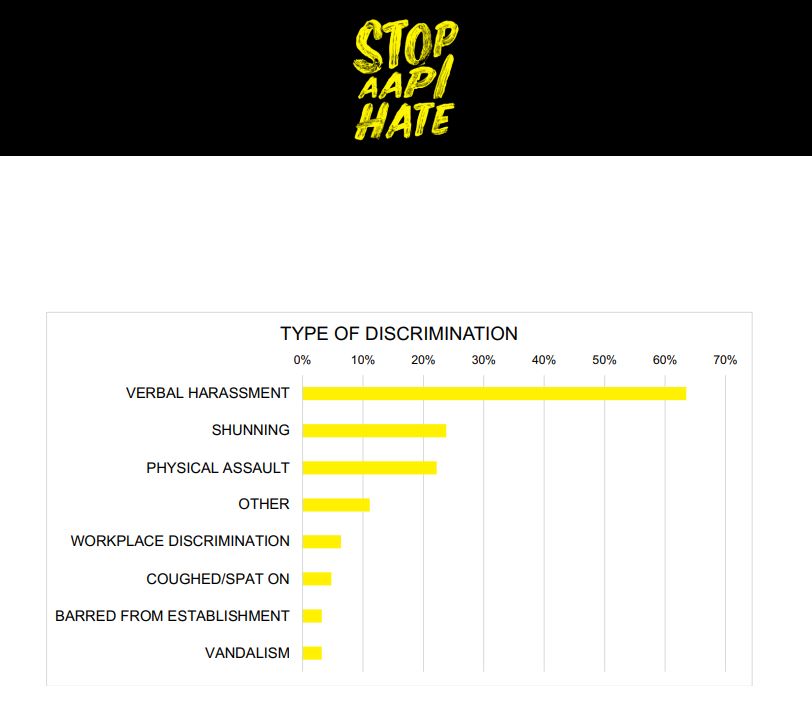 Meanwhile, President Joe Biden and Vice President Kamala Harris offered solace to Asian Americans and denounced the scourge of racism at times hidden "in plain sight" as they visited Atlanta on Friday.

Biden called on all Americans to stand up to bigotry when they see it, adding: "Our silence is complicity. We cannot be complicit."

Stop AAPI Hate has tips on its website for how people can stand with the Asian community and help combat violence.

Along with the ability to report an incident in 11 languages on its website, the group suggests:

The state of Texas does not have a public accommodation law to protect individuals from discrimination based on race, color or national origin.

Follow this link to learn how to report a civil rights violation.

SEE ALSO: Asiatown took hit over COVID-19 rumors, but business is back 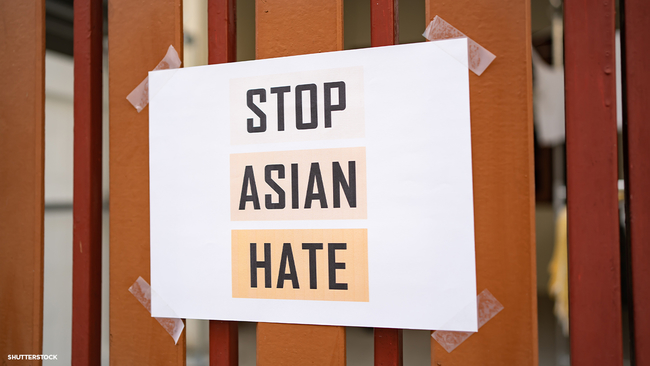 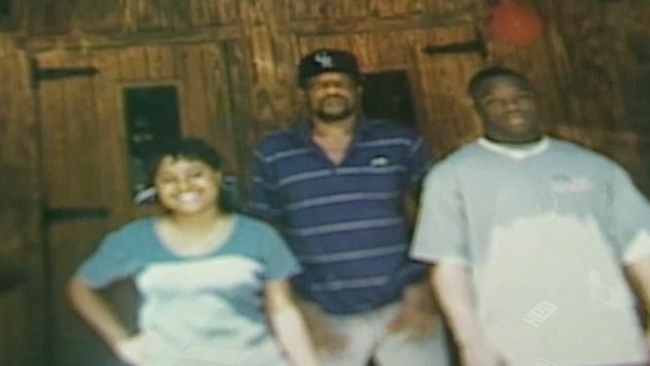