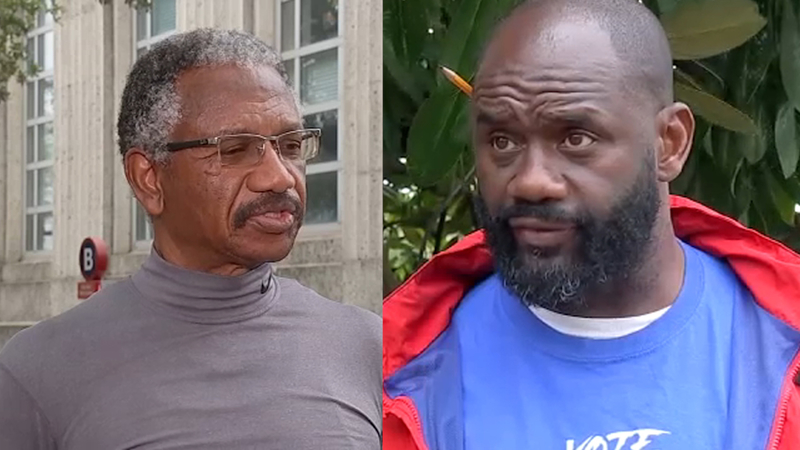 State Rep. Harold Dutton says he was forced into a runoff Tuesday night because of a ghost candidate

HOUSTON, Texas (KTRK) -- Harris County District Attorney Kim Ogg and County Attorney Vince Ryan have been asked to investigate the presence of a phantom candidate from the March 3 Democratic Primary for House District 142.

The Texas Coalition of Black Democrats joined 18 elected state Democratic officials from Harris County and the Houston Branch of the N.A.A.C.P. in requesting the investigation Wednesday.

"Our community has come too far at too great a cost to allow the voters in House District 142 to be defrauded by what may have been an organized effort to put a name on the ballot for a person who does not exist," said Carroll Robinson, current state chairman of the coalition. "More than 2,500 voters were duped into voting for a non-existent mystery 'candidate' by the actions of one or more people who got a name put on the ballot by violating numerous laws."

Hours after ABC13 broke the news that a possible "fake" candidate may have forced long time Houston-area State representative Harold Dutton into a run-off, we have uncovered more documents that call into question the existence of a legitimate candidate.

Dutton, who has long represented House District 142 in northeast Houston, already faced a formidable challenger in Houston City Council Member Jerry Davis. However, the only female name on the ballot is what's raising eyebrows.

"When you're leading, you're never at a disadvantage," said Dutton, "But I think there are a lot of questions about what happened in this election.

A person named Natasha Ruiz finished with 20 percent of the vote on election day, without ever mounting a campaign. ABC13 called the woman's phone number filed with the Texas Ethics Commission on her campaign treasurer appointment. The woman who answered the phone said her name is Natasha Demming, that she never ran for office and that she is a truck driver living in Colorado.

Dutton says he has hired a private investigator to look into the matter, and is considering legal action.

Ruiz received 2,597 votes, or just 20 percent of the votes. Dutton finished first with 45 percent and Davis made it into the runoff with 25 percent.

"We have never seen them, we never talked to them, they never showed up, they never had a sign. They don't seem to be a real person," said Dutton.

"I ran my race, I saw her name, Ms. Natasha Ruiz," said Davis. "I have not had an opportunity to meet her, or see her at any of the events. No signs in the yard, nothing."

ABC13 obtained the candidate filing documents from the Harris County Democratic Party. Those documents show Natasha Demming Ruiz listing her occupation as a "teacher." She paid the filing fee of $750 in cash. Since she filed on the last day of eligibility, Dec. 9th, 2019, the Democratic Party said it was hectic with many candidates and no picture of her was taken.

The signature of Ruiz on the Treasurer document is markedly different than the candidate filing document. The filing document is always notarized, and filers have to swear to its accuracy.
We then went to the home address listed by Ruiz on both filing and treasurer documents. Nobody answered the door when we knocked. A short while later, a man who visited went into the home and shut the door, refusing to talk. Neighbors confirmed they saw the Demming Ruiz person, and her mother, at the home.

Both Dutton and Davis said they are prepared to run in the runoff and win, regardless of whether this ghost candidate is real or not.

The Harris County Democratic Party said its records show a Natasha Ruiz came into the office to file paperwork to run. ABC13 has not had a chance to examine the documents, but we have requested a copy.