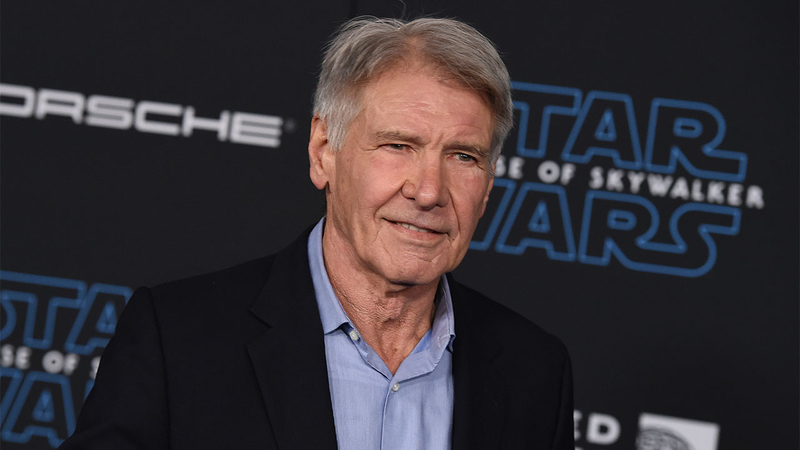 LOS ANGELES -- Harrison Ford is opening up about Han Solo's appearance in "Star Wars: The Rise of Skywalker."

In an interview this week on "Jimmy Kimmel Live," Kimmel quipped that Ford "was almost pleading with the Star Wars people to kill Han Solo" during a prior appearance on Kimmel's show.

"You had enough of Han Solo. You wanted him dead," Kimmel said.

"You're putting a different complexion on it all," Ford chimed in. "I figured that his utility had been exhausted, bled out, and I was willing to die for the cause to bring some gravitas."

Kimmel then pointed out that Ford did indeed "die for the cause" but later appeared in "Star Wars: The Rise of Skywalker," to which Ford responded: "No good deed goes unpunished."

"How did that happen? Who convinced you to do that, because I would imagine it would take some convincing?" Kimmel asked.

Ford stars in the upcoming 20th Century Studios film "The Call of the Wild," which hits theaters in the United States on Feb. 21, 2020.