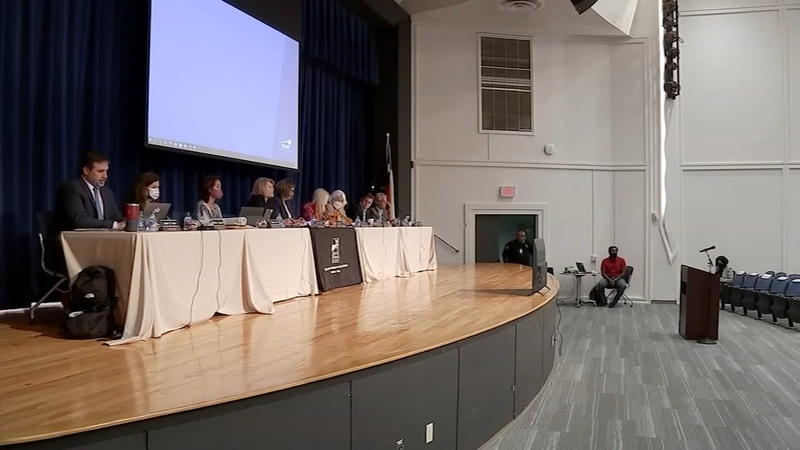 HOUSTON, Texas (KTRK) -- A civil rights lawsuit could potentially delay Spring Branch ISD's board of trustees election, with the possibility of the election being moved from May to November. This has caused more tension in an already divisive debate within the school district.

Back in June 2021, a former Spring Branch ISD teacher and former school board candidate Dr. Virginia Elizondo filed a federal civil rights lawsuit which alleges that having every school board member elected "at-large." This means they represent the entire district instead of neighborhoods which violates the federal Voting Rights Act of 1965 because it dilutes the voting power of minorities.

The plaintiff requested for the district to move to a single-member district similar to Houston ISD.

ABC13's Miya Shay investigated the allegations and discovered that a person of color has never won a seat on the school board.

SEE ALSO: Spring Branch ISD has never elected a minority to its school board, but lawsuit aims to change that

According to the district's data, Spring Branch ISD's student body is 59% Hispanic, and 27% white.

Thursday morning, three candidates running for a Spring Branch board of trustee position along with a group of elected officials voiced their opposition to an injunction filed on behalf of the plaintiff requesting to delay the school board election from May to November. However, that decision is up to the federal judge overseeing the case and a ruling has not been made. The school board election is still scheduled for May.

The SBISD current board of trustees responded to the allegations made at Thursday's press conference, stating no one will be deprived of their right to vote.

"Historically, November elections have significantly more voter turnout than do May elections," Karen Peck, the SBISD Board of trustees secretary said. "Indeed, state leadership in Austin has been pushing for years to have May elections and school boards moved to November. So why is anybody objecting to increased voter turnout? Third, this matter is in litigation in federal court. The timing of the election will be decided by a federal judge."

Hans Graff, an education lawyer who also graduated from Spring Branch ISD and currently is an SBISD parent told ABC13 he was disappointed to hear about the press conference held by elected officials on Thursday morning.


He said he hopes local leaders will recognize there needs to be a focus on addressing the pressing needs of students and teachers, including the education lost due to the pandemic.

"Start focusing on real issues and that is how do we keep and retain effective teachers and looking at programs that are going to meet the needs of all the kids that are enrolled in school," Graff said. "I just wish everybody would just bring the noise level down and start talking to one another. All these people that are angry, they are my neighbors. What we need to be able to do is to get back to disagreeing on policy and not being disagreeable."

You can find more information on the ongoing litigation on SBISD website.