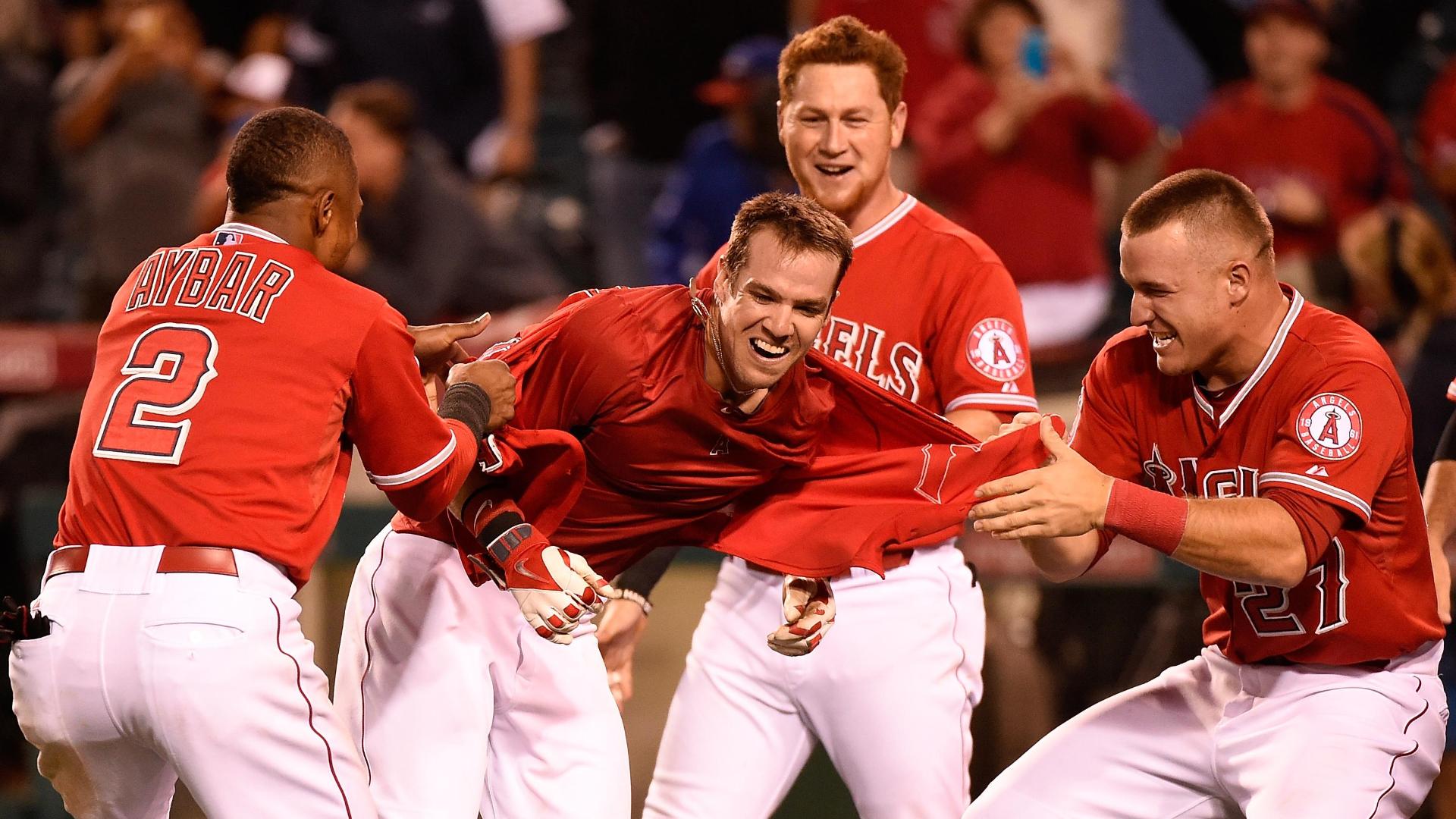 The Los Angeles Angels walked off with a 14-inning victory Tuesday night, but that didn't stop them from shaking their heads in amazement at a throw Yoenis Cespedes made earlier in the game.

The Oakland Athletics' left fielder -- after chasing down a Mike Trout liner that had bounced off his glove and into foul territory -- recovered to unleash a 300-foot heave to home plate, where catcher Derek Norris applied the tag on Howie Kendrick to preserve a 1-1 game in the eighth inning.

"A guided missile," Angels manager Mike Scioscia called the throw to reporters after the game, won by the Angels 2-1 on Collin Cowgill's two-out homer in the 14th.

Added Oakland manager Bob Melvin: "You don't expect something like that. There aren't that many guys able to throw it that far on the fly."

Scioscia challenged the call, asking the umpiring crew to check if Kendrick was safe. The out call, though, was upheld, and the teams went on to play well into the night.

"This one, for lack of a better word, he just winged it," Angels third-base coach Gary DiSarcina said. "And his arm strength and his accuracy made it happen. You don't see that happen often, somebody with that arm strength and that ability to be accurate from the foul pole. Tremendous throw by a great player."

Ok Cespedes. We get it. You have an arm. #Angels

- Los Angeles Angels (@Angels) June 11, 2014It was Cespedes' eighth outfield assist of the season, which leads the majors.

All that went into it -- his retrieval of the ball in foul territory after it bounced off his glove, his ability to quickly re-establish his positioning after chasing it down and his throw to the plate to gun down a runner who never hesitated around the third-base bag -- had some thinking it ranked among the best defensive plays they've seen.

"With everything involved with it, definitely," Melvin told reporters.

Added Scioscia: "I mean that was a special play. You just tip your cap on that one." 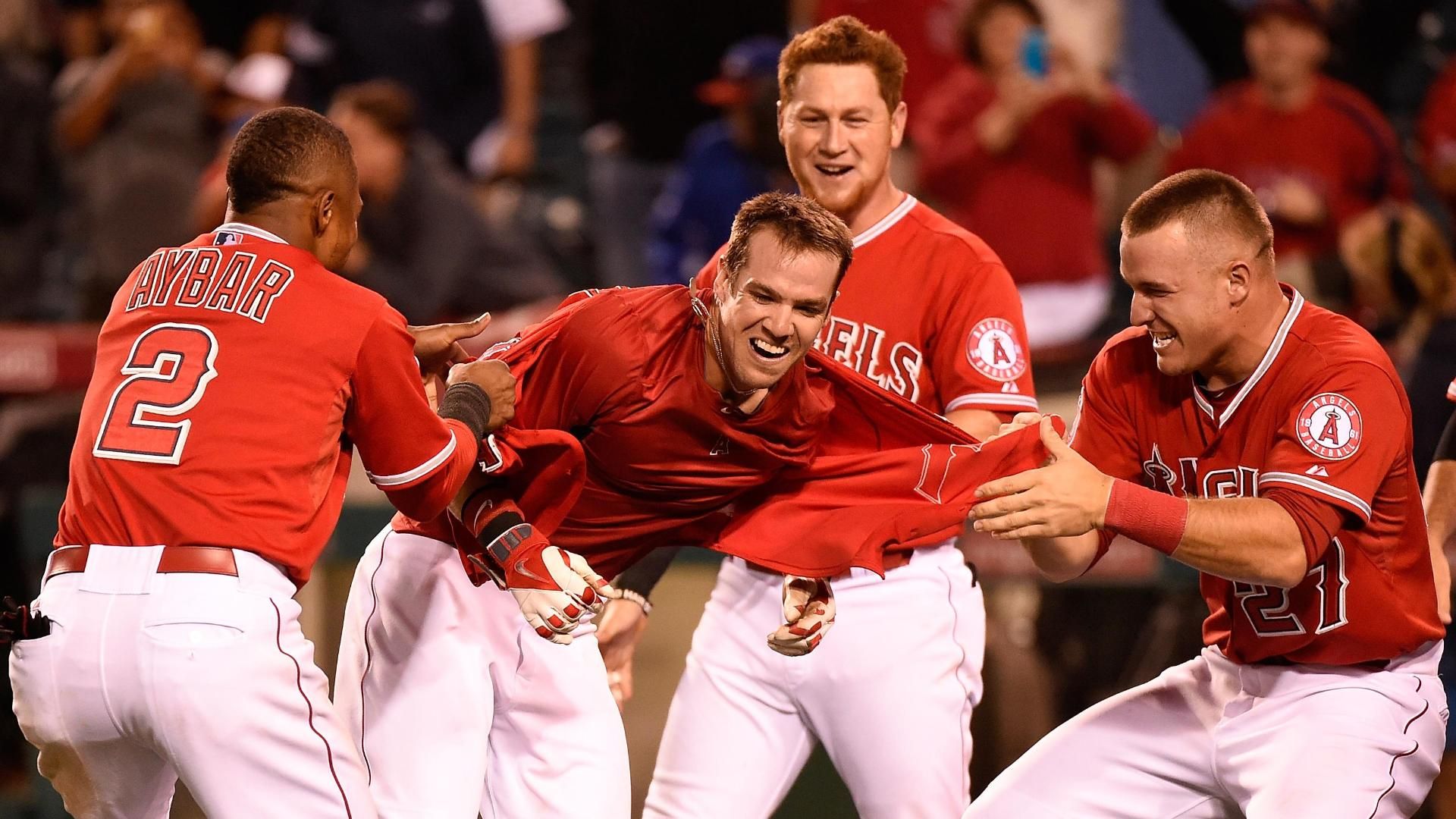 Angels Walk Off With Win
Collin Cowgill's home run in the bottom of the 14th lifted the Angels past the A's 2-1. 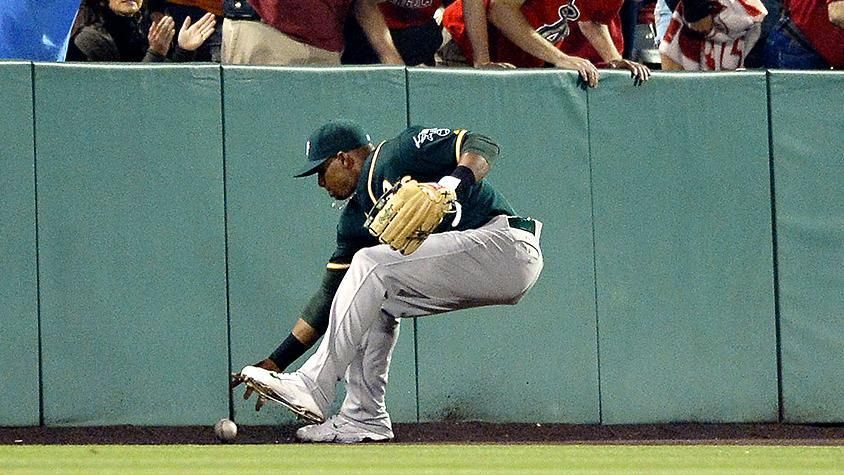 Cespedes' Web Gem Will Be Tough To Beat
Does Yoenis Cespedes' throw from left field to get the runner at home top Dexter Fowler's long run for the diving catch? 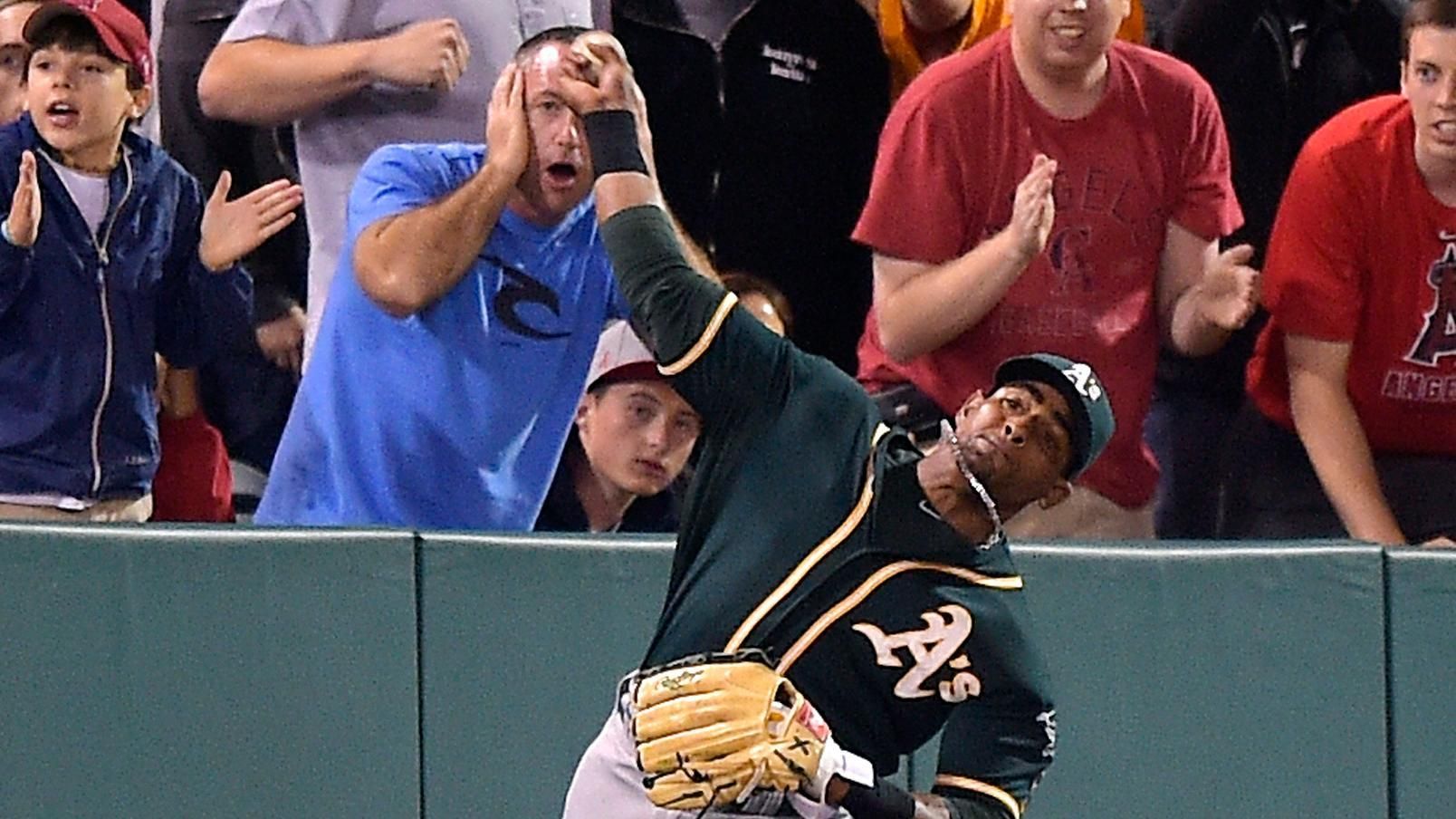 Baseball's Play Of The Year?
Late in a tied ballgame is no time for an error, but Yoenis Cespedes made up for his with something spectacular.
Related topics:
sportsespnmike sciosciaderek norrislos angeles angelsasoakland athleticsbob melvinyoenis cespedesmlb
Copyright © 2022 ESPN Internet Ventures. All rights reserved.
TOP STORIES
3rd monkeypox case confirmed in Houston area, officials say
There are many ways to eat healthy amid high food prices, experts say
Biden signs landmark gun measure, says 'lives will be saved'
A hot weekend ahead of more widespread rain chances next week
Bank of America apologizes to refugee family for account mix-up
6 people killed over span of 12 hours in isolated incidents in Houston
Love the outdoors? Galveston Island State Park is reopening
Show More
Astros' 2nd time ever to no-hit NY
Houston Pride 2022: Where and how to celebrate
Teenage daughter stabs father during fight in SW Houston, police say
17-year-old charged with murder after giving friend ride
Settlement would forgive $6B for defrauded college students
More TOP STORIES News