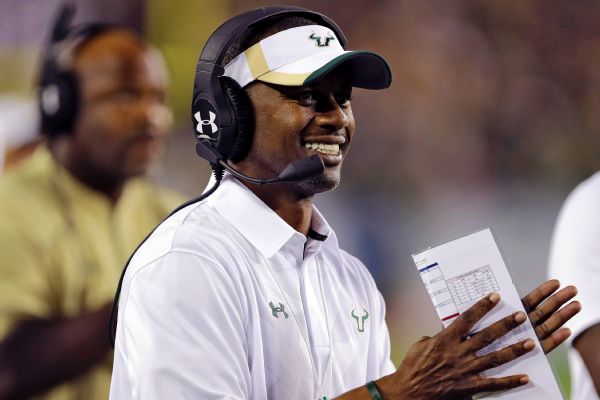 EUGENE, Ore. -- New Oregon coach Willie Taggart on Thursday said the Ducks are at a place where they can win a national championship.

"The unique and innovative qualities that the Oregon brand poses over the national landscape provide us with the opportunity to be successful at the highest level on a consistent basis," Taggart said at his introductory news conference Thursday.

He replaces Mark Helfrich, who was fired Nov. 29 after going 37-16 in his four seasons as a head coach.

"A little over a week ago, we set out to find a new leader, a new educator and a new coach to usher Oregon football into a new era," athletic director Rob Mullen said. "We sought someone who shared our values, someone who had a track record of success, someone who genuinely cared about our student athletes, yet pushed them well beyond their potential. We found him. Willie Taggart is all of that and more."

Taggart has coached in the Pac-12 before. He spent the 2007-09 seasons coaching the running backs under then-head coach Jim Harbaugh at Stanford, where he tutored Doak Walker Award winner Toby Gerhart.

Harbaugh, who now coaches at Michigan, sent a congratulatory message on Twitter.

Seattle Seahawks star Richard Sherman, who played at Stanford while Taggart was there, also shared his thoughts on Oregon's hire.

"I think it's awesome," Sherman said. "Fantastic recruiter. Player's coach. They'll be very happy with the guy they got."

Taggart said he will require that every member of the staff and team attacks each day with an "enthusiasm unknown to mankind," a saying that Harbaugh made popular last year.

He also cited the influence of Jack Harbaugh, for whom he played at Western Kentucky.

"Ever since I met Jim Harbaugh, my life has gone nowhere but up," said Taggart, who reportedly received a glowing recommendation from Harbaugh for the Oregon job. "Jack Harbaugh, who I played for, is my mentor, my everything. He is everything to me."

Taggart said that it was Jack who made him want to become a coach.

"Seeing how he influenced my life and changed my life, I decided that was something I wanted to do," Taggart said. "I wanted to coach. I wanted to influence young men and change their lives like [the Harbaughs] changed mine." 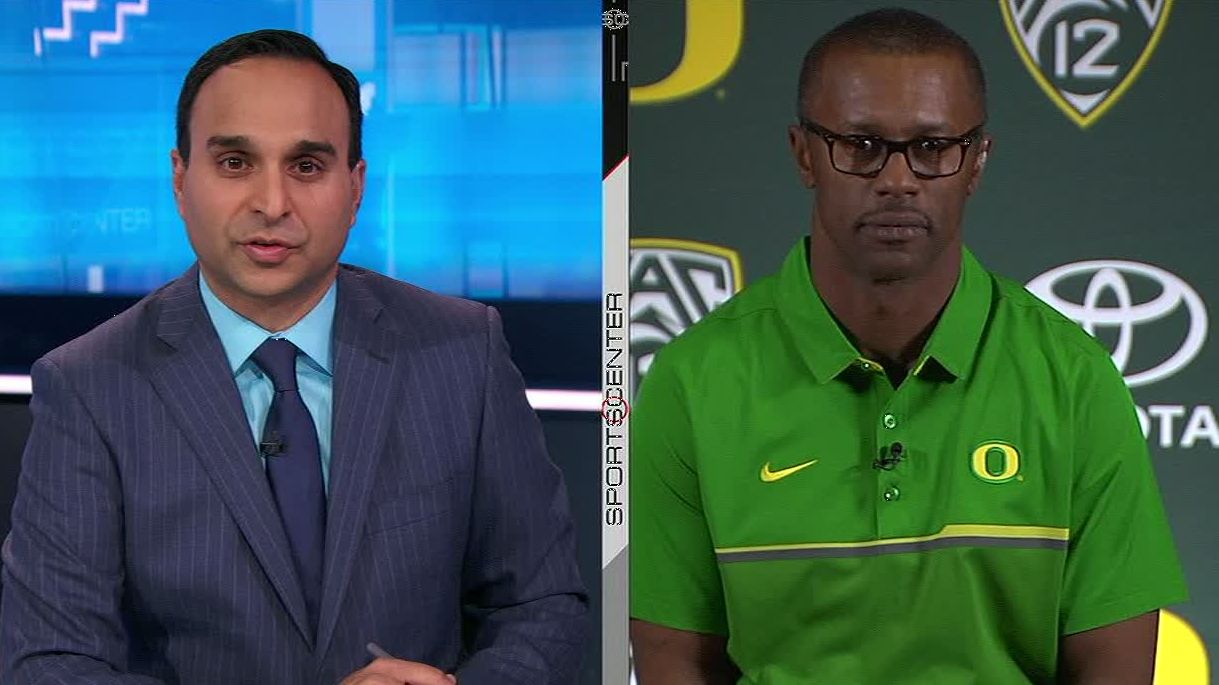