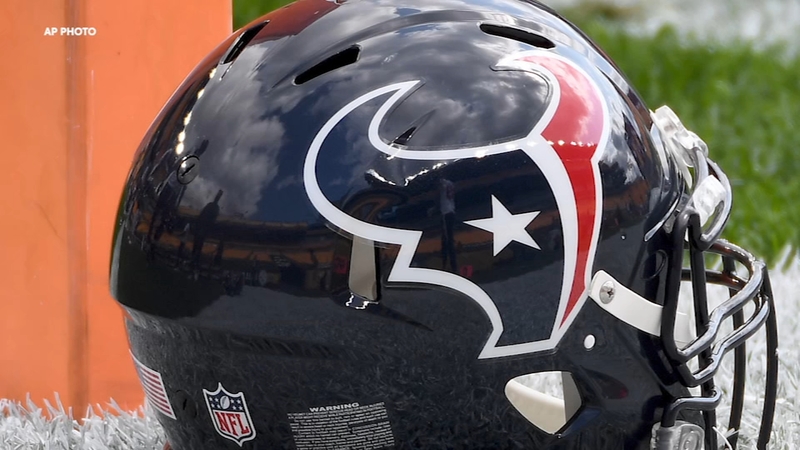 HOUSTON, Texas (KTRK) -- Who would imagine a Houston Texans vs. Arizona Cardinals game could wind up being a grudge match in 2021?

But after an unceremonious trade of Deandre Hopkins to the desert and J.J. Watt deciding to continue his career in Glendale, the game could be Houston fans' most anticipated matchup of the upcoming season.

The Texans take on Watt and "Nuk" in Week 7, marking the first time they meet the former stars since they left Houston.

The Cardinals matchup is one of the 17 games announced Wednesday evening when the NFL revealed the full regular season schedule.

Earlier in the day, the Texans learned they will play host to the Jacksonville Jaguars on Sept. 12. It will serve as the debuts of No. 1 overall pick Trevor Lawrence and play-caller Urban Meyer, a former three-time national champion at the collegiate level.

Other highlights of the Texans' schedule include their sole primetime, nationally-televised game against the Carolina Panthers on Thursday, Sept. 23. The Panthers are considered Houston's "17th opponent" of the newly expanded season.

Outside of the twice-per-year games with the other teams in the AFC South, Houston's schedule in 2021 includes matchups with teams in the AFC East, NFC West and remaining teams in its conference that finished the 2020 season with comparable standings.

The Texans also revealed their three-game preseason schedule, which includes an Aug. 14 road game against Green Bay; their yearly matchup with the Dallas Cowboys; and an Aug. 28 home matchup with the defending Super Bowl champion Tampa Bay Buccaneers. The Green Bay and Tampa Bay games will air on ABC13. A date and TV information for the Cowboys game remained pending.

The 2021 season for the Texans is unlike any other in their recent history. J.J. Watt is no longer in Houston, a new head coach - David Culley - is calling the plays, and a new general manager - Nick Caserio - is building the team.

The Texans also face the issue of losing 2020 starting QB Deshaun Watson, either through a long-rumored trade or suspension due to his ongoing legal matters.

Caserio's contingency moves during the offseason include signing veteran quarterback Tyrod Taylor and drafting Stanford rookie QB Davis Mills. If Watson, for some reason, isn't available for Week 1, Taylor would likely get the starting job.