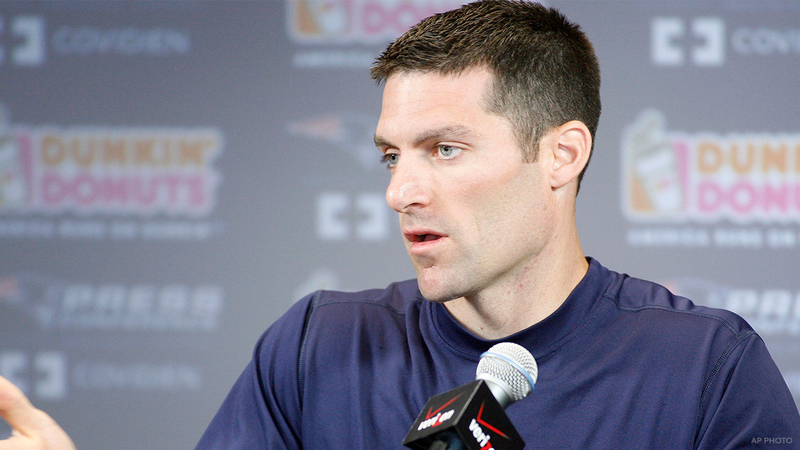 HOUSTON, Texas (KTRK) -- The Houston Texans finally got their GM.

The club officially announced on Thursday that Nick Caserio, the New England Patriots' director of player personnel, is the Texans' new general manager.

While terms of the deal with the Texans were not disclosed by the team, ESPN's Adam Schefter reports Caserio will be among the three highest-paid GMs in the league with his six-year deal.

Texans gave new GM Nick Caserio a six-year contract that makes him one of the three highest-paid GMs in the league, per source.

An introductory news conference via Zoom is being planned for Friday.

Schefter reported earlier in the week that Caserio was in Houston to interview with the team.

Caserio, 45, has served as Patriots director of player personnel since 2008 and works alongside coach Bill Belichick as the highest-ranked staffer in the personnel department. Since he earned that role, New England has won three Super Bowls.

This was the second time the Texans have requested to speak with Caserio. In 2019, after Houston fired general manager Brian Gaine, Houston requested to interview Caserio. After the Patriots filed tampering charges, Texans CEO Cal McNair said Houston would no longer pursue Caserio.

Caserio has a relationship with Texans executive vice president of football operations Jack Easterby, who spent six seasons as the Patriots' character coach before he was hired by Houston in 2019.

"He's unbelievable," Texans wide receiver Brandin Cooks said about Caserio. "He's a special dude. ... Playing with him in New England for that year -- just the guy that he is, there's no ego. He's all about helping the team in whatever he can."

After the 2019 season, O'Brien traded All-Pro wide receiver DeAndre Hopkins to the Arizona Cardinals for running back David Johnson and a second-round pick.

After an 0-4 start to the 2020 season, McNair fired O'Brien and named Romeo Crennel the team's interim coach, and gave Easterby the responsibility of overseeing personnel.