Vance Joseph: Demaryius Thomas no longer a Bronco; can't worry about that 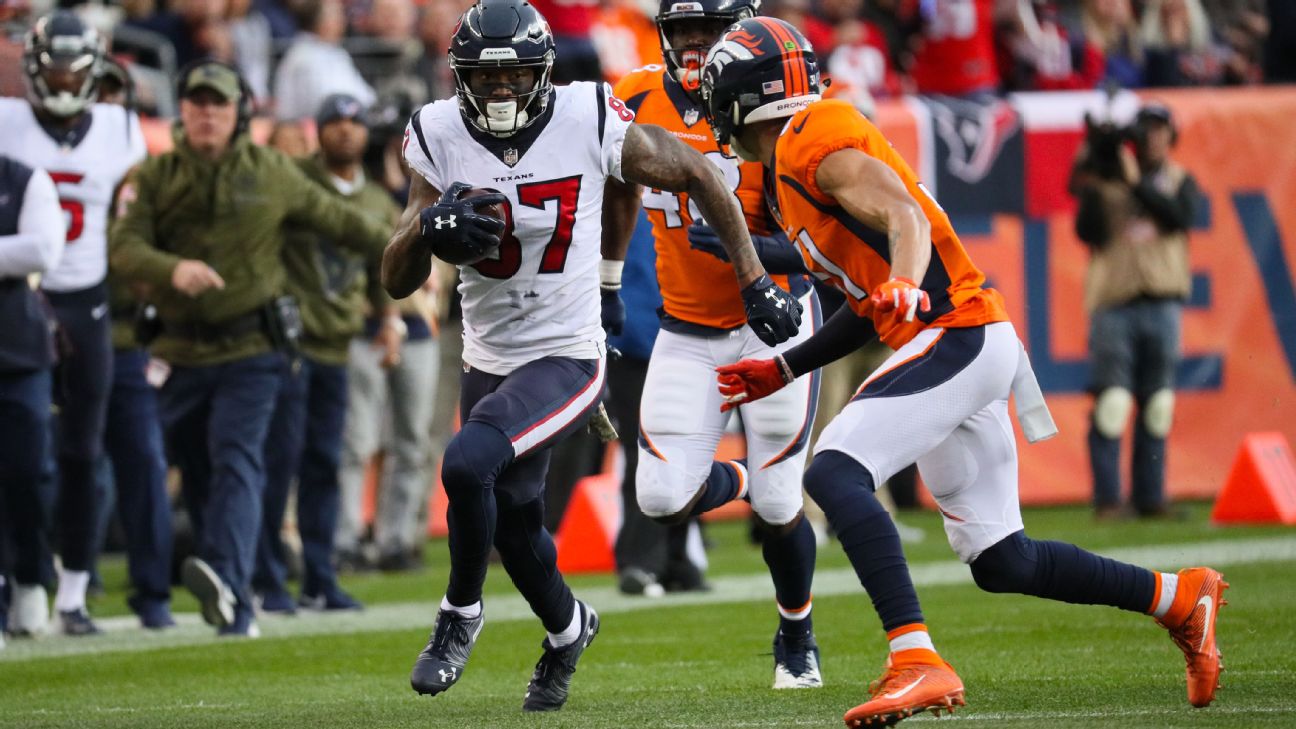 ENGLEWOOD, Colo. -- Denver Broncos coach Vance Josephresponded to wide receiver Demaryius Thomas' critical remarks this week about the team's handling of his trade to the Houston Texans, saying that Thomas is "no longer a Bronco" and that both sides need to move on.

Thomas, who was traded to Houston just before the league's deadline last week,appeared Monday on the Broncos' radio partner, 760 AM. In addition to discussing the trade, Thomas expressed his frustration about the potential of losing playing time to Denver's younger receivers as well as not being named team captain.

Asked after Wednesday's practice about Thomas' comments, Joseph said he, Broncos general manager John Elway and wide receivers coach Zach Azzanni have "great respect" for Thomas. Joseph added, however, "I'm disappointed to read those things about how he recalls the conversations going."

"He's got to move on. We've got to move on," Joseph said. "He's no longer a Bronco, and I can't spend any time worrying about that. But as far as reading that stuff, I'm disappointed it was presented that way, I really am."

In the roughly 20-minute radio interview with former Broncos players Rod Smith and Ray Crockett, Thomas said it was "heartbreaking" that he was not a captain this season. He also said that he was misled by the team about the possibility he would be traded and that he was the only wide receiver who was told his playing time would be reduced in favor of rookies Courtland Sutton and DaeSean Hamilton.

Thomas, who had been the longest-tenured Broncos player, was traded on Oct. 30, just hours before the league's deadline. His first game with the Texans was this past Sunday in Denver, and the Broncos honored Thomas with a short video presentation on the stadium's scoreboards just before kickoff.

Denver quarterback Case Keenum and center Matt Paradis were voted the team captains on offense just before the start of the regular season. Thomas, who caught three passes for 61 yards against the Broncos on Sunday, had been elected a captain in three of his eight-plus seasons in Denver.

Joseph said Wednesday that Broncos players vote for the captains.

Thomas also said in the radio interview that Joseph had told him not to believe the trade rumors and that he would not be dealt.

On his interactions with Thomas before the trade, Joseph said: "I think it's a little frustration on his part, but I'm disappointed in how it came out, because I don't recall it being discussed that way. And that's OK."

On the prospect of losing playing time to Sutton and Hamilton, Thomas had said in the interview: "I don't understand that, because I've never cried about getting the ball. I didn't get pissed about nothing. ... I'm empty. I'm empty still."