The crown jewel: All eyes on Katy ISD's $70M stadium 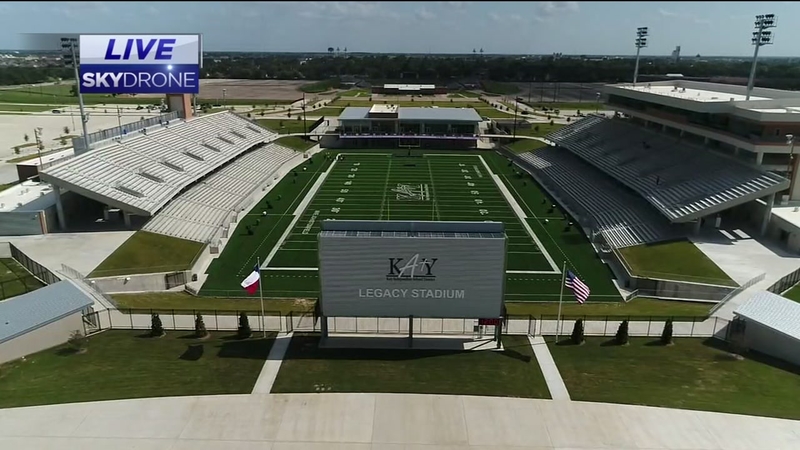 KATY, Texas (KTRK) -- All eyes were on Katy ISD as the district dedicated its $70 million stadium to the world Thursday night.

At $70 million, Legacy Stadium, located on Katyland Drive, is the most expensive high school football stadium in the U.S.

"It's something that this community wanted," Superintendent Lance Hindt said. "I don't think the cost was anything that they really looked into."

The mega-stadium will hold 12,000 spectators, two concession stands on each side, two large female and male restrooms on each side and two lockerrooms that can divide into four rooms for additional space.

SkyDrone13 above Legacy Stadium in Katy.

The district said its 77,000 students will all benefit from the new stadium. Students will also have several responsibilities during gameday, including operating the video scoreboard.

Hindt said the stadium is a reflection of the community and provides an economic boost for the area.

He said there was no question another stadium was needed in the district.

"We have eight high schools and we were in a scheduling dilemma," Hindt said.

In addition to the aforementioned amenities, the stadium will feature a dynamic exterior LED system that is capable of displaying the color of the teams playing on any night.

The first game at Mike Johnston Field at Legacy Stadium will be on Aug. 31 with Taylor High School facing off against Foster High School.