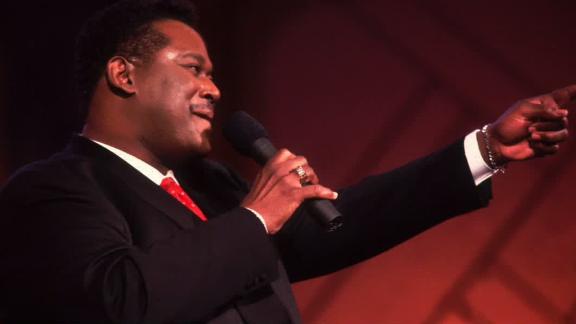 Days after a Turner executive revealed that there would be a new singer for "One Shining Moment," the network clarified that it would not replace the version of the song recorded by the late Luther Vandross at the conclusion of the NCAA men's basketball tournament on Monday night.

The network said Friday that Ne-Yo has recorded his own version of the iconic song, which has been the music to the tournament-ending montage since 1987. His version, however, will air on its team stream broadcasts on TNT and TruTV.

The Vandross version, which has been used for 12 of the past 13 tournaments, will air at the conclusion of the main broadcast on TBS.

"Along with our partners at CBS, we wanted to pay special tribute to the iconic 'One Shining Moment' anthem this year, as we celebrate its [30th edition]," Craig Barry, executive vice president and chief content officer for Turner Sports, said in a statement. "It also presented the perfect opportunity to re-record this legendary song for our innovative Team Stream coverage."

The news that Turner, which is broadcasting the championship game for the first time as part of its split TV rights deal with CBS, would consider replacing Vandross was met with mixed reviews on social media.

In 2010, the version sung by Vandross, who died in 2005, was replaced by one from Jennifer Hudson, whose rendition was criticized so much that it hasn't appeared again since.

Other artists who have lent their voice to the song include Teddy Pendergrass and song composer David Barrett.