SEC's Greg Sankey on LSU-Florida: 'The game needs to be played' 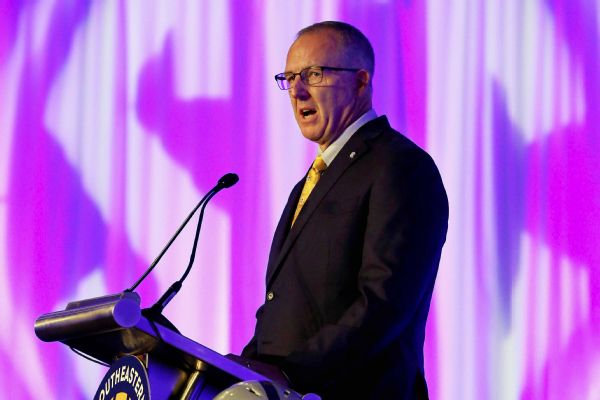 SEC commissioner Greg Sankey defended the decision to postpone Saturday's matchup between LSU and Florida but reinforced that "it's important to play that game" at a later date.

Sankey spoke by phone with broadcasters Verne Lundquist and Gary Danielson during CBS' airing of the Tennessee-Texas A&M game and said that the conference is still working to find an acceptable makeup date after postponing the game on Thursday as Hurricane Matthew approached the Florida coast.

"The game needs to be played, and we need to work to find a way to do that," Sankey said. "This conference often describes itself as a family. A family has points of tension. I certainly understand the angst and frustration. I have my own level of angst, but we need to come together to play a football game and find the best way to do that."

Sankey said postponing the game was the right call -- even while Georgia and South Carolina simply moved their game in Columbia, South Carolina, back one day to Sunday -- for a number of reasons. It would have been difficult to assemble the necessary security and emergency personnel, for one thing, and the Gainesville area also had been designated as an evacuation zone for coastal Florida residents.

"A number of those things are different from what we saw with Georgia-South Carolina where there was bus travel involved, we could secure space for the team to stay without displacing evacuees, local emergency personnel were still available to staff the game," Sankey said. "You have to understand those differences."

An SEC official told the Baton Rouge Advocate on Friday that two dates are on the table for a makeup game: Oct. 29 and Nov. 19.

Asked about playing it on Nov. 19, Sankey said, "I want to be careful because there are a number of options so it doesn't narrow to just one and a number of factors to consider."

Playing Oct. 29 would require Florida to sacrifice its open date on Oct. 22 and instead play Georgia a week early and LSU the next Saturday. LSU also would lose its open date that weekend prior to the Alabama game the following Saturday.

A Nov. 19 makeup date would require both teams to buy out existing non-conference games: Florida against Presbyterian and LSU against South Alabama. Playing that day in Gainesville would require LSU to lose a home game, which is a point of contention in a Baton Rouge area whose economy was hammered by August's historic floods.

Both teams remain among the contenders in their respective division races, and as SEC rules dictate, the winner in each will be determined by in-conference winning percentage even if LSU and Florida fail to reschedule the game.

Sankey acknowledged that a cancellation would impact the integrity of the division races, although he did not offer a timetable on when a makeup decision will be made.

"We want to make sure we evaluate it," Sankey said. "I would like to move this along as efficiently as possible, but I'd be careful not to put a point in time where we can provide a definitive answer because there are a number of issues that have to be considered. But my desire is to see us play that game." 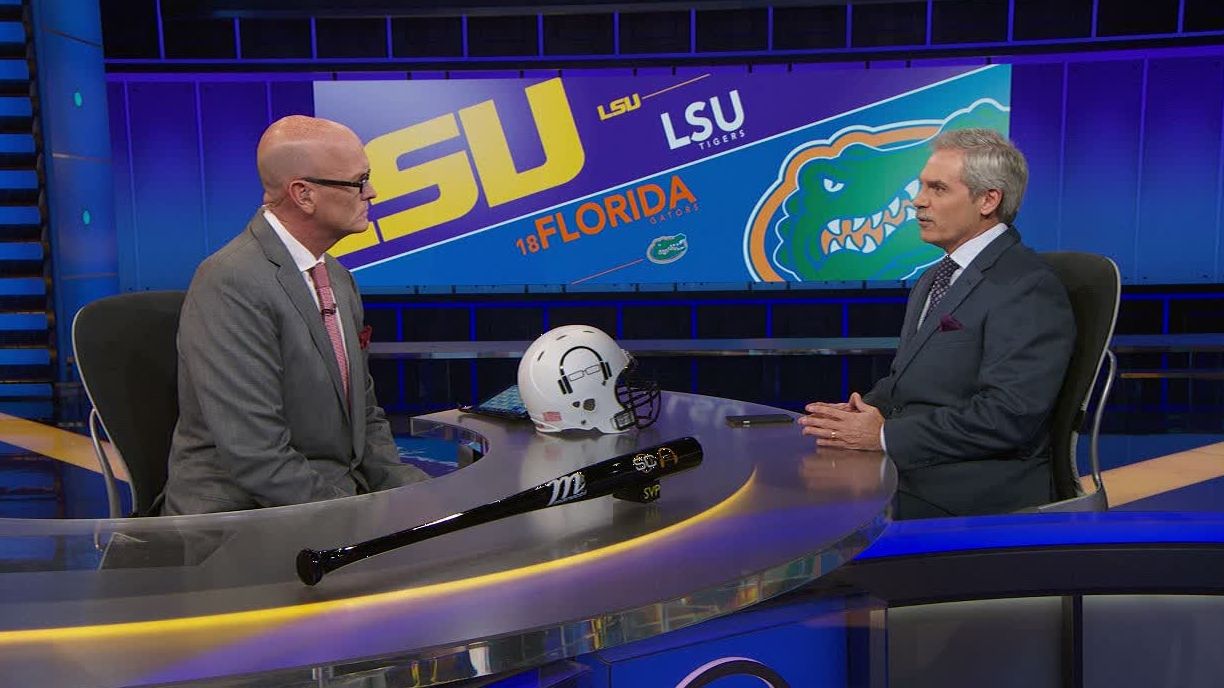