Ryan Lochte: Everybody is 'sick and tired of hearing about this' 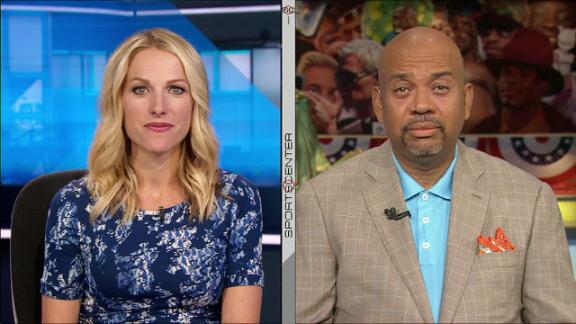 American swimmer Ryan Lochte said the fallout from his incident at the Rio de Janeiro Olympics has "been dragged out way too long," speculating that people must be "sick and tired of hearing about this."

Lochte once again apologized for his actions in Rio during an interview Tuesday with ABC's "Good Morning America." He stressed, however, that he thinks the coverage of the incident has been blown "way out of proportion."

Lochte reiterated that he was still intoxicated earlier this month when he initially told NBC that a gun has been cocked and pointed at his forehead after an altercation at a gas station involving the 11-time Olympic medalist and three of his teammates.

Lochte originally said that he and Jack Conger, Gunnar Bentz and Jimmy Feigen were robbed at gunpoint in a taxi by men with a police badge as they returned to the Olympic Village from a party Aug. 15. However, security video suggested the four actually faced security guards after vandalizing a gas station restroom.

Lochte left Brazil shortly after the incident. Three days later, local authorities took Conger and Bentz off an airliner heading to the United States so they could be questioned about the robbery claim. They were later allowed to leave Brazil, as was Feigen, after he also gave testimony. Feigen, who initially stood by Lochte's testimony, was not charged.

"We're just trying to get this over with," Lochte said Tuesday. "It's been dragged out way too long. The media has taken this to a whole new level.

"We've been talking about this way too long. There are other issues the world needs to deal with."

The story that dominated the headlines during the second week of the Olympics has resulted in a wave of negative backlash for Lochte, who has issued multiple apologies and has lost endorsements with four major sponsors, including Speedo and Polo Ralph Lauren.

He also apologized Tuesday to his mother, who contacted multiple media outlets the morning after the incident, and Feigen, who paid nearly $11,000 as a donation before being allowed by Brazilian authorities to leave the country.