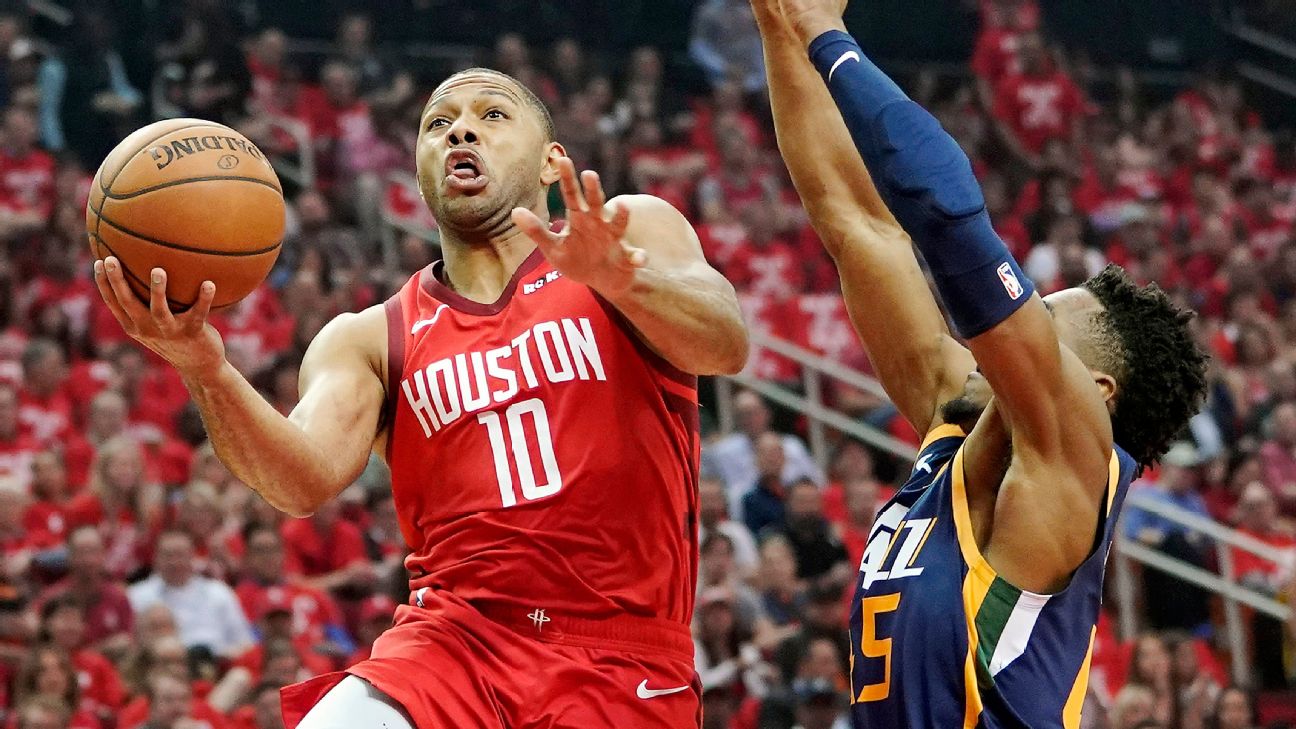 Houston Rockets guard Eric Gordon is expected to play in Sunday's game against the New Orleans Pelicans after missing nearly seven weeks because of a knee injury.

Gordon practiced with the Rockets on Friday, but coach Mike D'Antoni said he would not play Saturday against the Brooklyn Nets -- the first game of a back-to-back for Houston.

Gordon will, however, play against New Orleans on Sunday -- when Rockets star guard Russell Westbrook is scheduled to rest.

D'Antoni also announced that starting center Clint Capela is doubtful for Saturday's game because of a right heel contusion.

Gordon had surgery last month after tests showed debris in his knee. He has not played since Nov. 11, missing Houston's last 21 games.