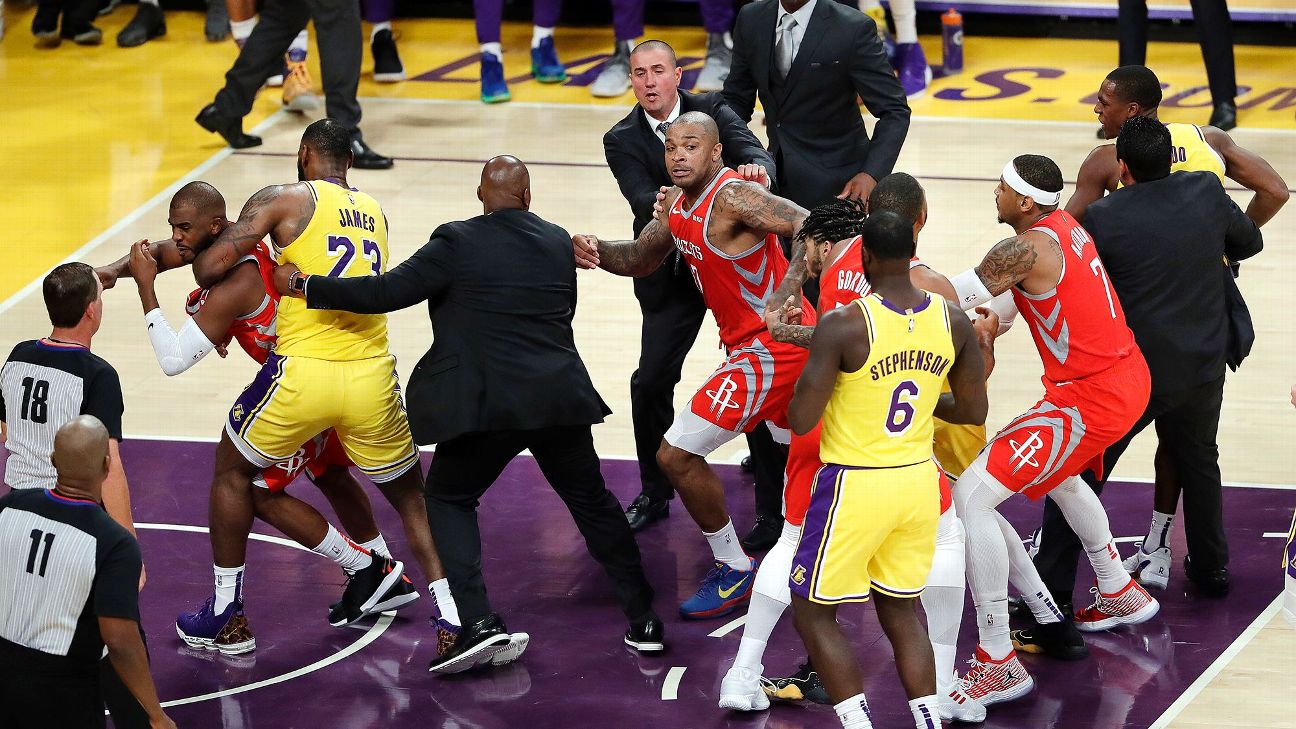 The last major fight in the NBA was almost 12 years ago, when current Rockets forward Carmelo Anthony received a 15-game suspension while playing for the Denver Nuggets.

Anthony was suspended 15 games for punching Knicks guard Mardy Collins during the Nuggets' 123-100 blowout victory in New York on Dec. 16, 2006.

Then-Knicks coach Isiah Thomas was angered by Nuggets coach George Karl, who appeared to keep Anthony in the game late to run up the score.

Thomas made a late sub in Collins, who soon after flagrantly fouled then-Nuggets guard JR Smith with 1:15 remaining and the Knicks down 119-100. During the ensuing altercation after Collins' foul that included several players on both teams, Anthony punched Collins in the face and was ejected.

Then-NBA commissioner David Stern said that his decision was influenced by a need for teams to be accountable for their actions, for players to maintain their cool instead of escalating the situation, and for the involved players' refusal to maintain direction from the referees, thus putting the fans in harm's way.

"It is our obligation to take the strongest possible steps to avoid such failures in the future and to make a statement to all who follow the game of basketball that we understand our obligations and take them seriously," Stern said in a statement.

Nene, now with the Rockets, described the Lakers-Rockets altercation to The Undefeated as, "Two against one. A coward move."

"There hasn't been anything that has happened since then," Anthony said. "That just shows where the league has been. It's a business. Anything that was happening on the court, people were shying away from. And now to this incident, it will be interesting to see what they do."

Anthony also acknowledged that he felt like a poster boy against fighting in the NBA after the "Malice in the Palace."

On Nov. 19, 2004, perhaps the most notable fight in American professional sports history took place when theIndiana Pacers fought the Detroit Pistons players and fans toward the end of a game at the Palace of Auburn Hills in Michigan.

World Peace, a former Laker, was in attendance with a close viewing seat to the altercation at the Lakers-Rockets game.

"I hope everyone doesn't get fined," World Peace told The Undefeated.

"It was a fight. It was unfortunate. The first time they've ever thrown punches. They shouldn't do it. ... It happened. I've never seen them fight before. It was the first time. I don't think anyone should be suspended."

On the Malice in the Palace, World Peace said: "I don't even remember that. Good Lord. It was so long ago."

Also, ironically, NBA vice president Kiki Vandeweghe, known as the league's disciplinarian, was sitting in the Staples Center stands not far from the Lakers-Rockets fight.

Vandeweghe, who declined comment, was general manager of the Nuggets when Anthony was suspended.

Considering the magnitude of this fight and the potential consequences, NBA commissioner Adam Silver will likely be heavily involved in determining the punishment.

Anthony said that Vandeweghe should do "what is right" in his decision, and Rondo's actions were "unacceptable." Anthony said he saw Rondo spit in Paul's face to spark the altercation.

With the Rockets playing the Los Angeles Clippers at Staples Center on Sunday night, the NBA is expected to announce its punishment before the game begins.

"Chris had to retaliate," Anthony said. "In that situation, the New York situation, you can't let that fly." 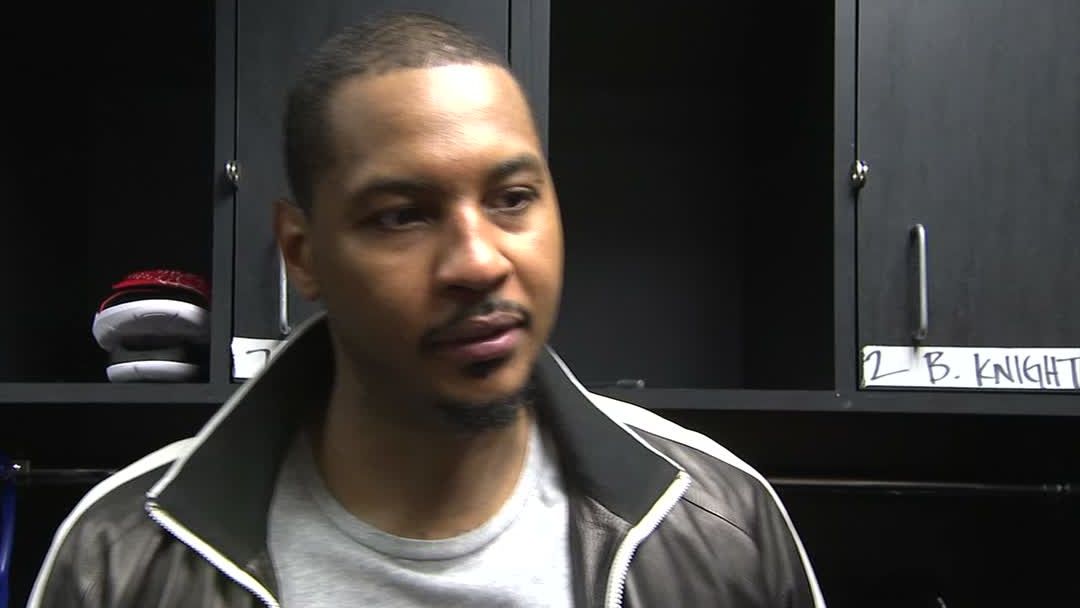