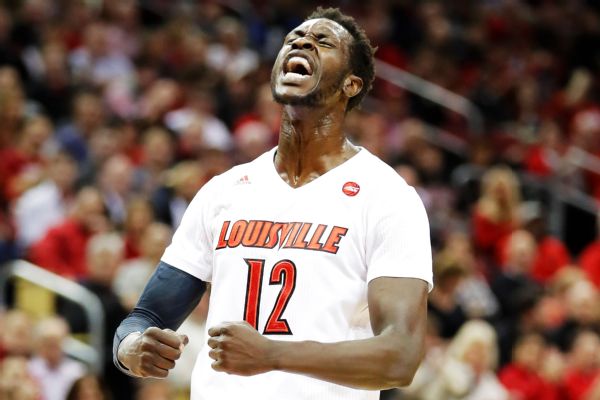 "After we returned to Louisville, I boarded the team bus and told them how proud I was of them, but the most important thing now is to get their rest as we had an early morning practice and had to travel," Pitino said in a statement. "For some reason, Mangok and Deng chose to break curfew and were out very late. This is an extremely big game for our basketball team and it would be an understatement to say that I am extremely disappointed in both young men. That being said, we will move forward and put forth a great effort with a depleted team. Mangok is no longer a captain of our team. Donovan Mitchell has now been inserted in that role."

Mathiang is a senior big man who has averaged 7.1 points and 6.2 rebounds in 19.7 minutes per game. Adel is coming off a 19-point performance in which the sophomore wing made 3-of-4 shots from beyond the arc Saturday at Boston College. Adel ranks third on the team in scoring at 11.1 points per game.

Louisville will also be without starting point guard Quentin Snider, who has missed the past five games with a strained hip flexor, and backup point guard Tony Hicks, who is out with a broken bone in his hand.