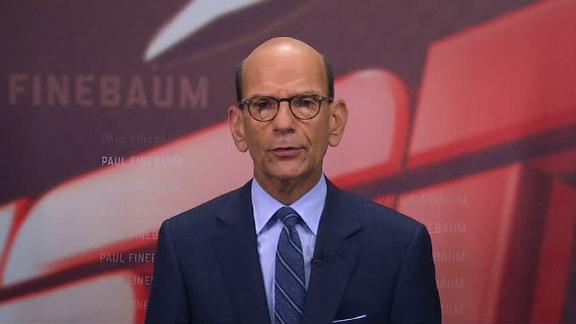 BATON ROUGE, La. -- Les Miles turned down an offer to coach at his alma mater, Michigan, in 2011, according to former LSUathletic director Skip Bertman.

"Les Miles turned that job down for more money at Michigan. He turned it down," Bertman said Wednesday during a two-hour interview on the "Sports Today" radio show on Baton Rouge's ESPN Radio affiliate, 104.5 FM. "He would never say that because he's a very humble guy. But I was there; he turned it down."

Will-he-or-won't-he Michigan rumors surrounded Miles' LSU tenure for many years, with his name popping up each time the Wolverines had a coaching vacancy. Miles famously denied interest in the job at an impromptu news conference before the 2007 SEC championship game, and he remained at LSU for 11-plus seasons through his firing on Sunday.

Then-Michigan athletic director Dave Brandon -- previously the CEO of Domino's Pizza -- indicated at the time that he opposed hiring Miles, but Bertman reiterated that Miles truly could have returned to Ann Arbor, where he played and coached under the legendary Bo Schembechler.

"I swear to God that's true. He turned it down," Bertman said. "LSU had just given him this new contract, and the president of Domino's Pizza flew down on a Domino's plane and offered him [the Michigan job], and he says, 'You've got to tell me tonight, Les, because if you don't say yes, I'm going to get Brady Hoke.' And sure enough, he took off and the next day you read in the paper that he hired Brady Hoke."

The Miles-Michigan connections were among the subjects Bertman covered in a wide-ranging interview that offered insight into his seven years as LSU's athletic director -- a period that included Nick Saban's time as football coach in Baton Rouge and Bertman's 2004 search to find Saban's replacement. Bertman's account was particularly relevant, given that LSU is now in the middle of another coaching search, and names such as former LSU offensive coordinator Jimbo Fisher and even Saban himself are being floated.

When Saban arrived at LSU in 2000, he was not the coaching heavyweight he is today. Bertman called Saban LSU's "miracle man" for turning an underperforming Tigers program into the 2003 BCS champion.

Bertman said the Miami Dolphins' offer to Saban in 2004 was too lucrative for LSU to match, and the coach departed for the NFL despite not wanting to leave LSU.

"I went to Nick and we spoke and I said, 'Look at Bobby Petrino, Steve Spurrier, Lou Holtz,'" said Bertman, who won five NCAA titles as LSU's baseball coach. "I gave him all the coaches. I said, 'I could never do Major League Baseball, because I'm a screamer like you are.' ... I tried my best. You know what he said? He said, 'If I don't take this offer, I'll never get another one, because this is the best offer ever given to a college football coach.' "

Although Bertman said he is fond of Saban and his wife, Terry, he admits Saban was not the easiest person to work with. That made the sunnier Miles, who had a young family when Bertman hired him in late 2004, a stark change of pace.

"[Saban] deserves a lot of credit in his five years. He did what we asked him to do, and we did what he asked us to do, and he asks a lot," Bertman said. "I would say at the end of five years, he can wear you down. At the end of five years, I knew exactly what was going to happen: I couldn't get another guy like Saban. That wasn't going to happen. But I needed a guy that had the maturity to [ignore] where somebody says, 'He's not Saban,' and [Miles] handled it."

"And Les is a wonderful family guy, he's got a lot of maturity, he's got great character. And no, he didn't change the offense, OK, enough to make those people happy. On the other hand, he did do a wonderful job for 12 years."

Bertman rattled off a long list of candidates that LSU considered in some capacity when Saban left for the Dolphins:

* Bertman liked the idea of hiring Steve Spurrier if Saban left, but Spurrier was impatient and accepted the South Carolinajob in November, a month before Bertman hired Miles.

* Virginia Techcoach Frank Beamer did not seem interested in the job.

"I said, 'Let's drop the football for just a second and let's just take character, so we don't have an incident or a scandal like they've had at Alabama and Arkansas and many other places,'" Bertman said. "In other words, Gary Barnett had just been in this scandal, and I said, 'This guy's not going to run away with a cheerleader,' and couple other examples that I used. Well, everybody liked that. I said, 'This guy's promised me that he's going to graduate players. He's going to discipline those that [misbehave].' So I had a chance to speak for him."

Bertman said he angered Fisher, who was LSU's offensive coordinator at the time, by not interviewing him to replace Saban because he wanted a candidate with head-coaching experience. However, he remains fond of Fisher and said, "If they can get him to come back, it's worth every penny."

"It didn't work well because they were two offensive guys that had different offensive philosophies, which was my mistake," Bertman said.

He said, though, that LSU will almost certainly aim for a sitting head coach, adding that it would be complicated to pursue a coach such as Houston's Tom Herman or any other prospective candidate with so much time left in the season.

"I'm certainly not second-guessing this move -- I'm for whatever LSU does -- but in this case, Joe will make his own decision based on the people who are available," Bertman said. "Now, you may not know, I may not know, who all those people are because they don't want their names out there. So if Tom Herman is the guy, he doesn't want to hurt the Houston backing by saying, 'I'm looking for this,' and then not get the job and go back. So it's a very hard thing to do."