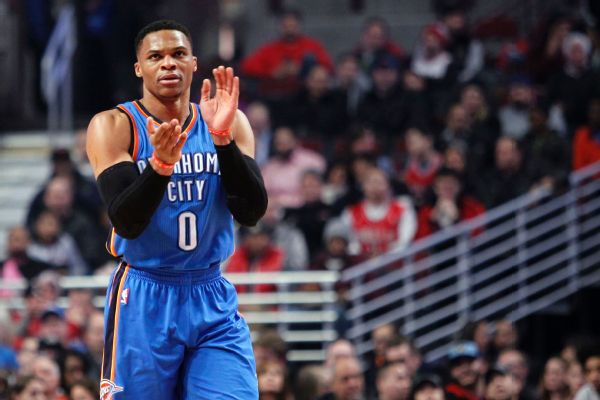 The star Oklahoma City Thunder guard was left out in the loaded West in the NBA's new voting system, which included players and media for the first time this season. Getting the nod in the West starting five were Warriors teammates Curry and Kevin Durant, Harden, San Antonio Spurs forward Kawhi Leonard and New Orleans Pelicans center Anthony Davis.

The All-Star starters were revealed Thursday on TNT.

James is the leading scorer in All-Star Game history and is set to become just the fifth player to start at least 13 games. He said it meant something extra being the leading vote-getter among fans with 1,893,751 votes.

Fans accounted for 50 percent of the vote to determine the starters. Current players and the media accounted for 25 percent each. Ballots consisted of two guards and three frontcourt players per conference.

Some around the league were surprised that Westbrook wasn't voted in as a starter, with Clippers coach Doc Rivers calling it "fake news" and saying he's shocked fans didn't see the same thing players and the media did.Memphis Grizzlies forward Chandler Parsonscalled it "insane" and said he felt Westbrook is having a "historic season."

"It's a big storyline because those two guys are doing amazing things this year," Curry told ESPN's Ramona Shelburne on Thursday night, referring to Westbrook and Harden. "There's only two spots you can fill. Unfortunately, somebody was going to get left out. I've been on the other side of that four years ago. It's how it goes. The fact I get to represent my team in that game and to start is something that I definitely appreciate.

"It's kind of weird, because with the conversation on what those two guys are doing this year, and what I'm doing this year, and my team, you can kind of fall on either side of the fence. It's not slighting any one of us. It's just the way it kind of comes off as, who is better than who? Whatever. At the end of the day, it doesn't matter. We're all trying to do what we're supposed to do for our teams and trying to elevate our individual games to just win. I don't feel like I've left that trail at all this year, and I'm going to keep pushing."

Harden, when asked about the tight race among West guards, also pointed to the amount of talent in the conference.

"The West is stacked, period," he said Wednesday night. "You got Steph, Anthony Davis, Kawhi. You have all those guys playing at a high level, so it will be fun. That weekend is always fun, just to be around those guys and kind of take a break and enjoy each other."

A similar voting scenario played out in the East, where DeRozan andBoston Celtics guard Isaiah Thomaswere tied in the points tally, but DeRozan was named the starter because he won the fan vote. DeRozan finished third at 796,112 votes, and Thomas was fourth at 755,102 votes.

James and Durant had the highest possible scores across all three voting groups, but the new process eliminated Chicago's Dwyane Wade, Philadelphia's Joel Embiid and Golden State's Zaza Pachulia, who would have been elected by fans under the old format. They didn't rank high enough to hold on to spots when player and media votes were counted.

"It's an amazing feeling," Durant said of being voted in by fans. "It just shows the work you put in and people recognize you. It's still a dream for me."

Irving, who won All-Star MVP the last time the game was played in New Orleans, led all East guards with 1,696,769 votes. With Irving and James both starting, this year's game will mark the first time the Cavs will have two All-Star starters in franchise history.

"It's awesome, man," Irving said. "To be with the top players in the entire league, to be recognized is an awesome feat -- by the fans and the players. You're just thankful for the opportunity."

Irving purposefully did not thank the media Thursday, and as he finished his postgame availability he muttered about how the media voted him as the third-best guard in the East, whereas the fans and players voted him first.

Davis, who sat out his only other All-Star starting nod in 2015, expressed excitement about starting an All-Star Game on his home court.

"It's going to feel amazing," he said during TNT's broadcast. "[I] get to be an ambassador for the city. Hopefully I can play and don't get hurt before the All-Star Game and go out there and put on a show for the city and represent the city of New Orleans."

Leonard, who made his All-Star debut last season, was named an All-Star starter for the second straight season. A sixth-year veteran, he is the reigning two-time Defensive Player of the Year.

"It just shows his consistency, how well he's played the last few years," Spurs coach Gregg Popovich said. "And he's assumed that status. And as I said, he welcomes it, and he thrives in it. He certainly deserves it."

The East and West All-Star reserves will be announced next Thursday. They are chosen by NBA head coaches.

This year's All-Star Game will take place at the Smoothie King Center in New Orleans on Feb. 19. 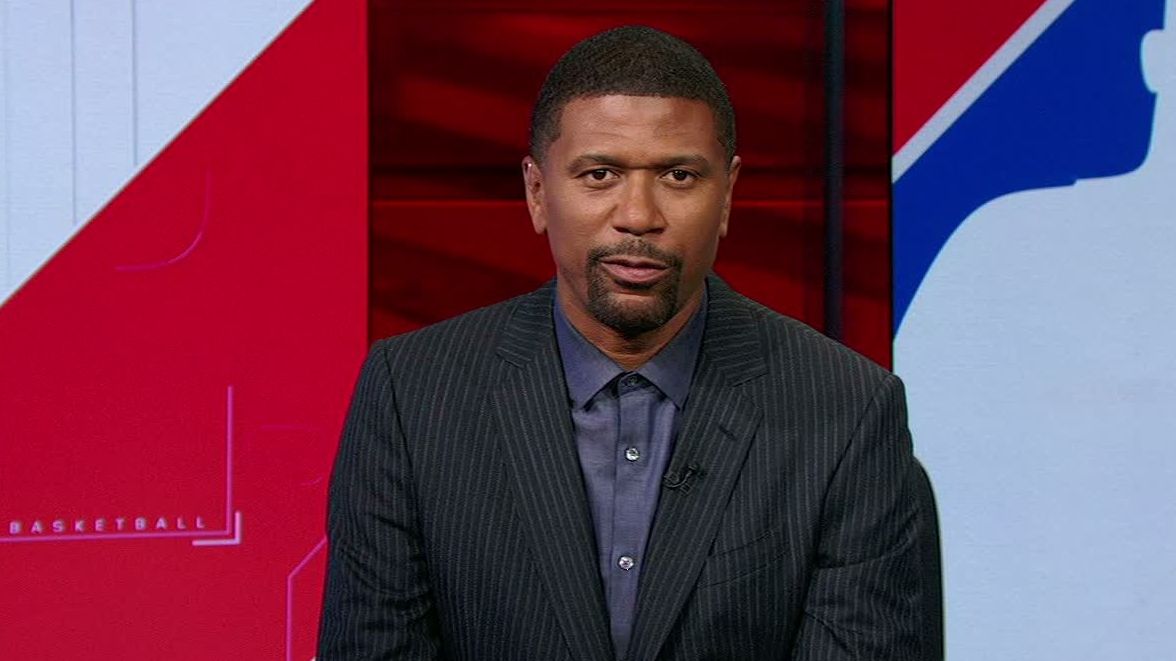 Astronomical seasons, like Westbrook's, should be rewarded
Jalen Rose isn't outraged that Russell Westbrook isn't starting over Steph Curry because Curry is more efficient but says because of how special of season Westbrook is having, he should still start alongside Curry and James Harden.

Curry: Only two spots to fill
Steph Curry says "somebody had to be left out" as he got an All-Star starting nod over Russell Westbrook.