Leave of absence for Brandon Miller 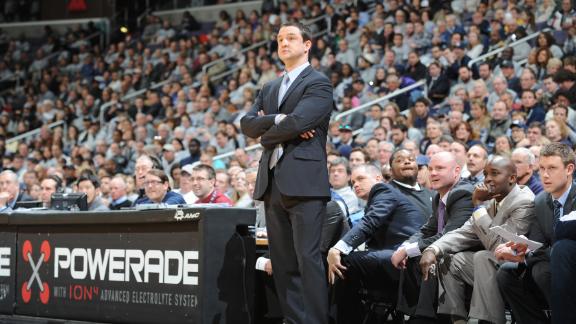 When reached by text message, Collier told ESPN that he couldn't elaborate on a timetable or any other aspect surrounding Miller's leave.

"Brandon Miller has requested a leave of absence for medical reasons, which the University has granted," Collier said in a statement. "We are not in a position to further elaborate and we ask that everyone respect Brandon's privacy."

The school announced that Chris Holtmann, who guided Gardner-Webb to a school-record 21 wins before joining the Bulldogs' staff last season, would be the interim head coach in Miller's absence.

Miller, 35, had replaced Brad Stevens when he left for the Boston Celtics in July 2013.In his first season, Miller guided the Bulldogs to a 14-17 mark, including a 4-14 record in the school's inaugural season in the Big East.

The Bulldogs return injured Roosevelt Jones to the lineup and bring back two of the top three scorers from last season's team in Kellen Dunham (16.4 PPG) and Kameron Woods (7.5).

Butler begins practice on Saturday, and the Bulldogs open the regular season on Nov. 15 against Maine and will play North Carolina in the Battle 4 Atlantis on Nov. 26 in Nassau, Bahamas.