Kentucky new No. 1 after UNC's loss 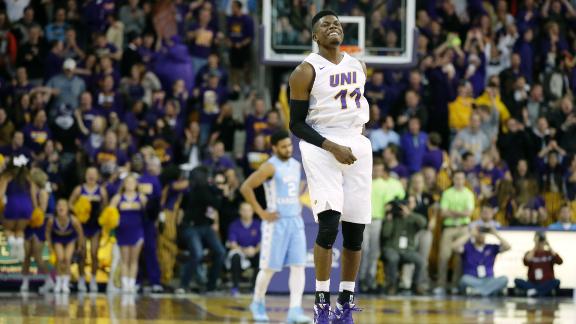 Kentucky is back in a very familiar spot -- on top of The Associated Press college basketball poll.

The Wildcats, who were No. 1 every week last season, moved up one spot Monday following North Carolina's loss to Northern Iowa. Kentucky (4-0) beat then-No. 5 Duke in the Champions Classic last week, and the Wildcats received 59 first-place votes from the 65-member national media panel.

Maryland (3-0) moved up one spot to second and received the six other first-place votes.

Michigan State, which beat then-No. 4 Kansas in the Champions Classic, jumped from 13th to third. The Spartans were followed in the top 10 by Iowa State, Kansas, Duke, Oklahoma, Villanova, North Carolina and Gonzaga.

Miami entered the poll at No. 15 after wins over Utah and Butler in taking the Puerto Rico Tip-Off. The Hurricanes became the 17th team since the poll expanded to 25 in 1989-90 to jump in from unranked to No. 15 or better. The last school to do it was Villanova, which jumped in at No. 14 early in the 2012-13 season.

The other four newcomers are from two states: Xavier and Cincinnati at No. 23 and 24, and Texas A&M and SMU, which tied for 25th.

Utah, Baylor, Butler and Michigan dropped out.Of the four teams that dropped out of the rankings, Utah had the longest streak at 18 consecutive weeks. Baylor was next at 15 weeks, while Butler was at 10 and Michigan two.

Kentucky is one of four programs to spend at least 100 weeks at No. 1, with this marking the Wildcats' 114th week in the top spot since the poll began in 1949. Kentucky, which was No. 1 every week last season, trails only UCLA, 134 weeks, and Duke, 127. The Tar Heels had tied Kentucky on the all-time list with this season's two weeks at No. 1. 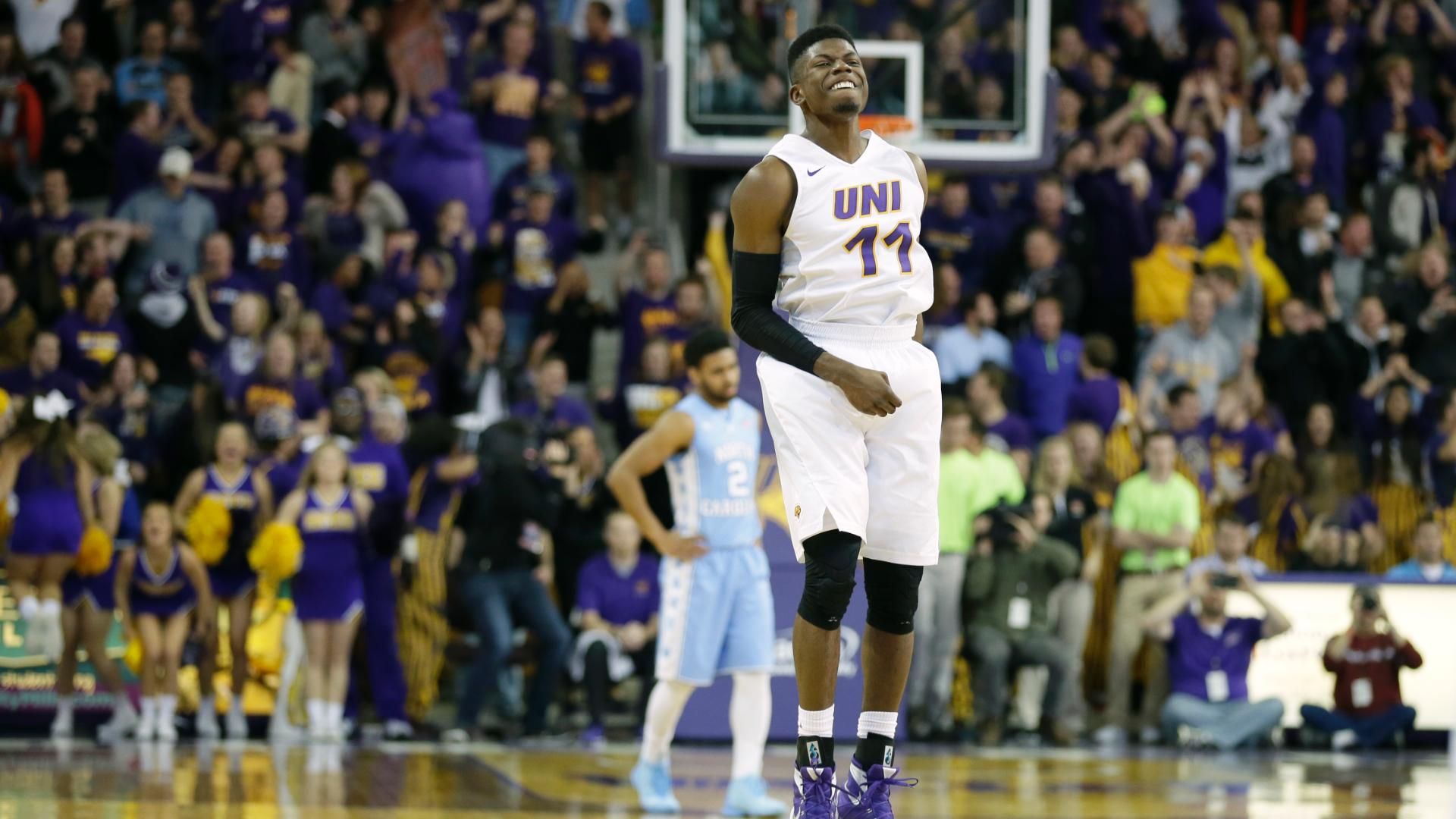 Northern Iowa shocks North Carolina
The Panthers overcome a nine-point halftime deficit behind the strength of Wes Washpun's 21 points and eight assists to upset the No. 1 Tar Heels 71-67.