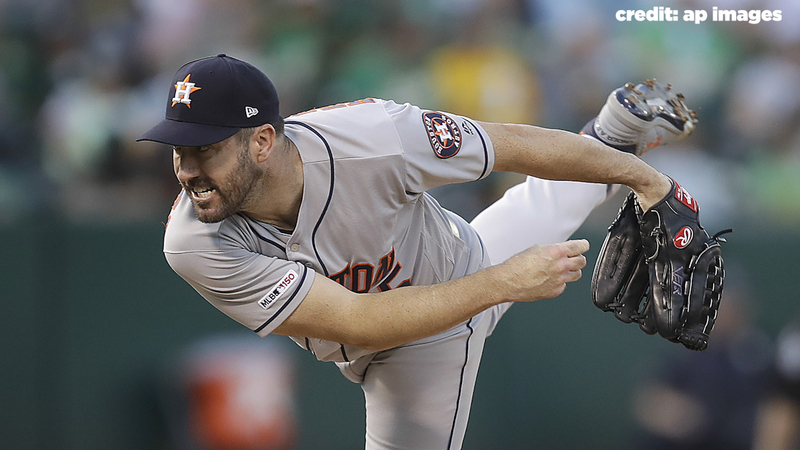 HOUSTON, Texas (KTRK) -- It was a back-and-forth race between Houston Astros teammates, but in the end, Justin Verlander came out on top as the 2019 AL Cy Young Award winner.

You don't often hear Justin Verlander deeply touched by an accomplishment. He calls his 2nd Cy Young "truly unbelievable." You could hear the emotion in his voice. #Astros

RELATED: What you need to know about Astros player Justin Verlander

This award marks the fourth time an Astro has won the Cy Young Award. Dallas Keuchel won the AL award in 2015. Mike Scott and Roger Clemens won the NL award in 1986 and 2004, respectively.

When the votes were counted, Verlander and Cole were close. But with 17 first-place votes to 13 for Cole, J.V. came out on top.

Verlander joins Yordan Alvarez as Astros players with the top postseason awards. Alvarez was named the AL Rookie of the Year. Alex Bregman could take home the AL MVP when that award is announced Thursday.

The 22-year-old from Cuba ranked second among AL rookies with 27 homers despite playing 87 games after debuting in June.