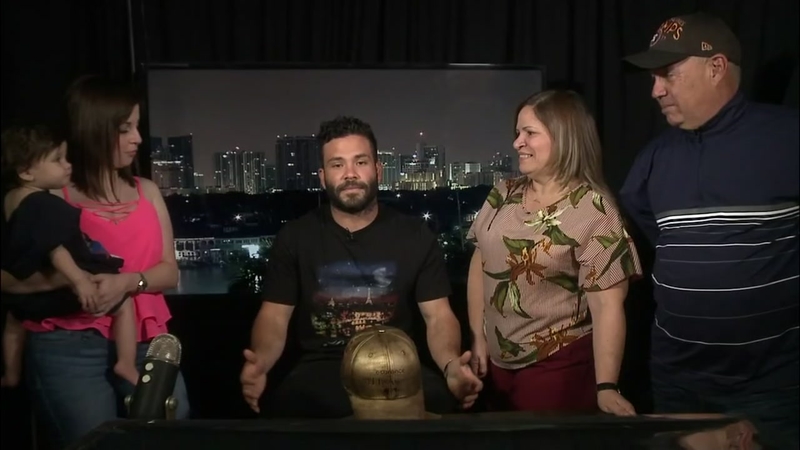 Houston Astros second baseman Jose Altuve is the king of the American League!

Altuve was announced as the American League Most Valuable Player Thursday afternoon. The 5-foot-6 Altuve drew 27 of the 30 first-place votes in balloting by members of the Baseball Writers' Association of America.

Altuve is the second Astros player to win the MVP, joining Jeff Bagwell, who won the National League Award in 1994.

RELATED: Jose Altuve is so huggable to everyone!
EMBED More News Videos