Giannis responds to James Harden: 'My game is not just power for sure' 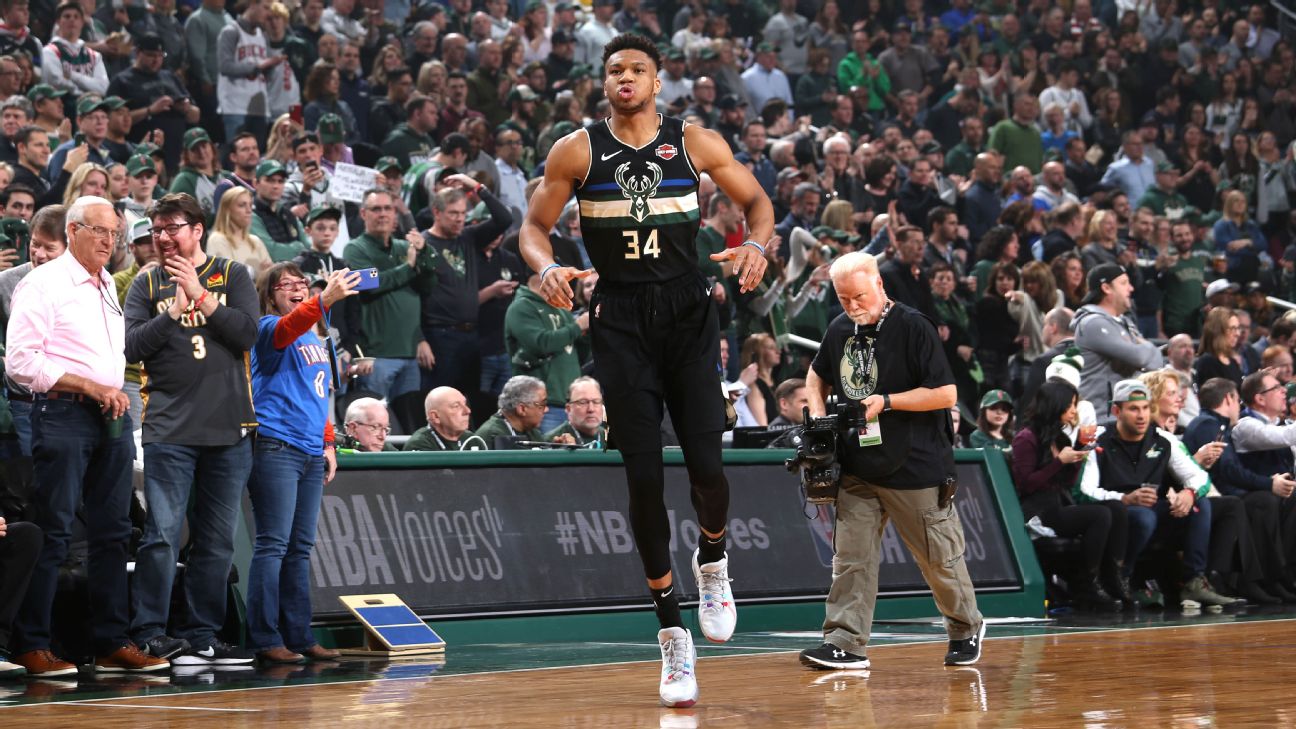 MILWAUKEE -- On the heels of James Harden's interview with ESPN's Rachel Nichols -- in which the Houston Rockets star appeared to take aim at Giannis Antetokounmpo's skill set -- the reigning league MVP responded with a statement performance in a 133-86 win over the Oklahoma City Thunder on Friday night.

The Milwaukee Bucks' 47-point win was their largest of the season, with Antetokounmpo going off for 32 points, 13 rebounds and 6 assists in just over 27 minutes.

He pushed his season total to nine games with 30 or more points in under 30 minutes, the most for a single season in the shot clock era (since 1954-55).

"My game is not just power for sure," Antetokounmpo said after the victory. "I came in when I was 18, I was 180 pounds, so to power through big guys was kind of tough.

"But obviously, it's going to be times where you've got to power through guys. Like one of the best players, LeBron, Michael Jordan, Kobe and all those guys ... Shaq, all those guys, they were extremely physical with their play. They made their presence felt in the paint, but obviously I try to work on my game, midrange shots, 3s, being able to screen and roll faster and make the right pass.

"It's hard to drive full speed and try to make the right pass to the corner. I try to get my passes more accurate and it's a lot of things I'm still adding, and hopefully when I add all those things in my game, I'm a more complete player and I'm better and can help my team win and the game is easier."

In response to Nichols mentioning Antetokounmpo's joke about taking Boston Celtics guard Kemba Walker over Harden during the All-Star draft because he wanted "somebody who's gonna pass the ball," the former MVP didn't see the humor behind it.

Later in the interview, Harden defended his own style of play with comments that many saw as a barb directed at Antetokounmpo.

"I wish I could be 7 feet, run and just dunk. That takes no skill at all," Harden told Nichols during the interview, which aired Friday. "I gotta actually learn how to play basketball and how to have skill. I'll take that any day."

Ahead of the Thunder-Bucks tipoff, Antetokounmpo told ESPN that "there's not back-and-forth" with Harden and insisted that he "never tried to take shots at somebody."

Antetokounmpo said he understood that it might have come out that way, but he would rather put his energy into basketball and his family. The Bucks were able to win without All-Star Khris Middleton (neck soreness) to improve to a league-best 51-8 on the season.

Milwaukee extended its win streak to five straight while making 21 3-pointers in front of Bucks legend Kareem Abdul-Jabbar, tying their second most in a game in franchise history.

Antetokounmpo became the second player in NBA history to average 25 points and 15 boards for a month without losing a single game he played, joining Abdul-Jabbar, who did it in March 1973.

Antetokounmpo's plus-minus of plus-44 was not only a career best but also the highest by any player to log fewer than 30 minutes and take 20 shot attempts in a game over the past 15 seasons, according to ESPN Stats & Information.

Nobody can convince those around him that skill isn't a part of his repertoire. 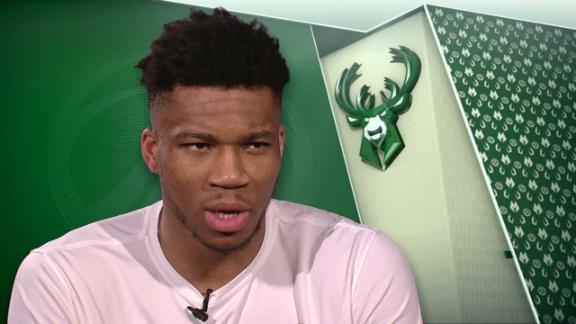