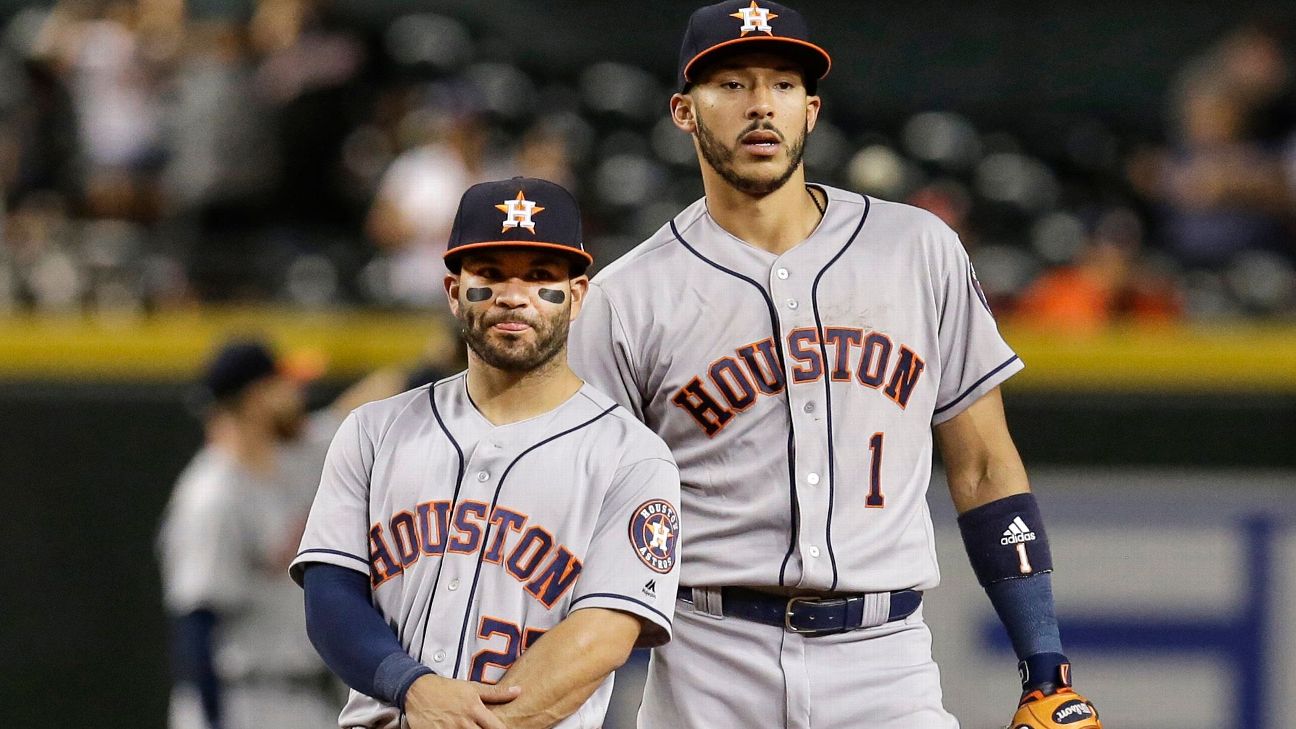 CHICAGO -- The Houston Astros have activated All-Star shortstop Carlos Correa from the injured list on Friday.

Correa was placed on the IL last week due to health and safety protocols. He skipped Tuesday's All-Star Game so he could spend time with his wife, Daniella, who is expecting the couple's first child.


Houston also activated right-hander Austin Pruitt from the 60-day IL before its series opener at the Chicago White Sox. Pruitt was acquired in a January 2020 trade with Tampa Bay, but he missed last season with an elbow injury.

The AL West-leading Astros created room on their roster when they optioned right-hander Ralph Garza Jr. to Triple-A Sugar Land on Sunday and sent infielder Taylor Jones down on Thursday.


Correa, Jose Altuve and Michael Brantleyall were in the starting lineup Friday after missing the All-Star Game earlier in the week. Altuve sat out Tuesday's game so he could have more time to deal with unspecified issues with his left leg, and Brantley skipped the festivities in Colorado because of lingering soreness on his right side.