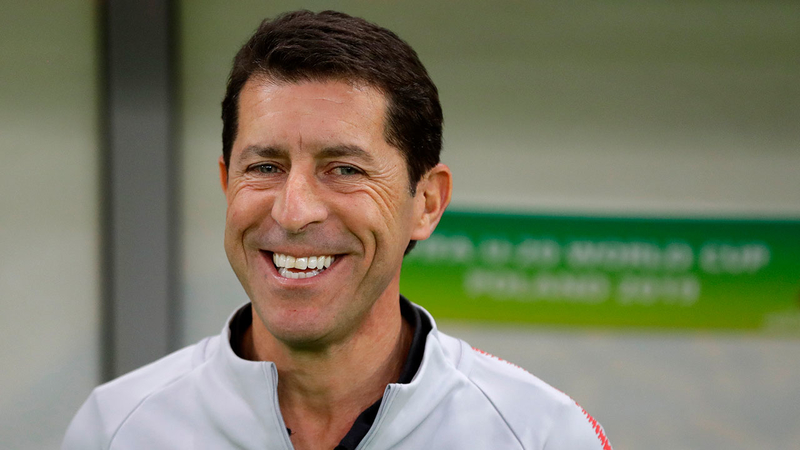 HOUSTON, Texas (KTRK) -- The Houston Dynamo is getting a new head coach and he has name recognition across U.S. soccer.

Sources say the Dynamo have hired Tab Ramos - @USMNT U20 head coach. This is a huge get. Could have been the USMNT head coach. What a GREAT HIRE #ForeverOrange #ABC13

Ramos, 53, was the first player ever to be signed to Major League Soccer when it got its start in 1996.

Over his playing career, he had built himself as an internationally recognized midfielder. He had played in Spain and Mexico as well.

Ramos was selected to three World Cup teams for the U.S., and he was inducted into the National Soccer Hall of Fame inductee in 2005.

In recent years, he had managed the U.S. national under-20 team, winning the 2017 CONCACAF championship. He was also an assistant coach on the U.S. men's national team when it headed to the 2014 World Cup. The Americans qualified for the knockout round that year.

This is his first coaching stint in MLS.

An announcement from the club has not yet been set.

The Dynamo let go of former coach Wilmer Cabrera in the middle of the past season.