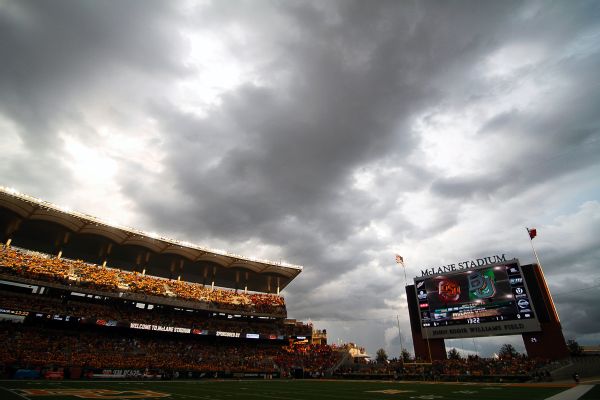 The Big 12 board announced Wednesday that it will withhold 25 percent of future revenue distribution payments toBaylor, pendingan outcome of a third-party verification review of required changes to the school's "athletics procedures and to institutional governance of its intercollegiate athletics programs."

"The board is unified in establishing a process to verify that proper institutional controls are in place and sustainable," Oklahoma president and Big 12 board chairman David Boren said in a statement. "By taking these actions, the board desires to ensure that the changes that were promised are actually made and that systems are in place to avoid future problems. The proportional withholding of revenue distribution payments will be in effect until the board has determined that Baylor is in compliance with conference bylaws and regulations, as well as all components of Title IX."

According to the Big 12, Baylor was not included in the vote.

Big 12 commissioner Bob Bowlsby said Baylor has already received a $10 million payout for part of 2016-17, and the league expects a total payout of $34 million for each of its 10 schools. The league will withhold 25 percent of the remaining projected $24 million payout to Baylor -- or about $6 million this year.

As the Big 12 is still making payments to its members from last year's distribution haul, the conference will withhold 25 percent of those payments to Baylor. Big 12 spokesman Bob Burda told ESPN that Baylor would have the opportunity to recoup any withheld revenue if it satisfies the board members at the conclusion of the review.

Burda didn't give a timetable for the completion of the review but hopes to complete it "as expeditiously as possible."

Bowlsby said the review would address, among other things, the relationship among the Baylor Board of Regents, executive staff and athletic department, which has been a point of contention lately among Baylor fans and an alumni activist group pushing for greater transparency and accountability of the board.

"There were contacts, back channels between individual staff members and board members that circumvented the leadership of the university and the athletic program," Bowlsby said. "The university, I know, has taken steps to make the necessary changes there, but that's certainly one of the things we're going to verify."

Bowlsby emphasized Wednesday that the conference was initiating a verification and review -- not an investigation -- into whether Baylor is doing "what they say they're doing," as it pertains to institutional control and Title IX.

He said part of the reason the conference had been hesitant to get involved until now was because the sexual assault issue was a universitywide problem of which athletics was a component.

"First of all, we're an athletics organization; our principal interest -- other than empathy for the survivors -- is to govern in the athletics environment," Bowlsby said. "A lot of this is universitywide. There were universitywide failings, and there also were athletics failings. As an organization, the Big 12 is configured to deal with athletic issues, but they're unseverable in this case. So we're forced to deal with some things that are outside our wheelhouse."

"Upon learning the scope and scale of the troubling incidents that occurred within our campus community through an independent investigation, Baylor University took unprecedented corrective actions that led to leadership changes within the university administration and athletic department and 105 recommendations to strengthen the safety and security of our students," Garland said. "No other university in the country has responded as aggressively and decisively as Baylor regarding incidents of sexual assaults on its campus.

"Under the university's new leadership, Baylor has demonstrated a firm commitment to athletics compliance and integrity, increased awareness and prevention of sexual assault, implementation of Title IX best practices and providing comprehensive support services for any student in need of them. Baylor already had planned to hire an outside auditor to audit the implementation of our enhanced practices, and we welcome the Big 12 Conference's request of an independent review. While the withholding of conference distributions is an unexpected financial event, we do not deem these actions to materially impact the overall financial position of the university. We pledge our full cooperation, and we will work with the Big 12 Conference to conduct the audit as expeditiously as possible.

"This third-party review at the request of the Big 12 Conference will provide an opportunity for us to demonstrate our progress to date and our ongoing commitment in establishing Baylor as a leading institution in athletics compliance and governance and for preventing and addressing sexual assaults on college campuses."

The Big 12 announcement comes after sources told ESPN's Outside the Lines last week that the NCAA is casting a wide net to determine what NCAA rules might have been violated during Baylor's sexual assault scandal. The NCAA is also asking whether Baylor players might have been provided improper recruiting inducements and other illegal benefits while playing for the Bears, according to the sources.

Bowlsby, who said last week that the Big 12 would wait to see what the NCAA found, said Wednesday that the NCAA and U.S. Department of Education investigations will likely move slowly, and he said the conference hopes to do something that's faster. Board members discussed Baylor at a meeting last week but did not vote on the resolution until Tuesday, and a subcommittee of the board is currently working on selecting a third party and defining the scope of the review.

Bowlsby said he doubted there would be a report issued to the public.

"We're doing it for the edification of the board to know what our next steps ought to be," he said.

Bowlsby said that after the third-party review -- or in light of findings by the NCAA or U.S. Department of Education -- the board might decide to permanently withhold some of Baylor's funds as a fine or penalty.

ESPN's Paula Lavigne and The Associated Press contributed to this report. 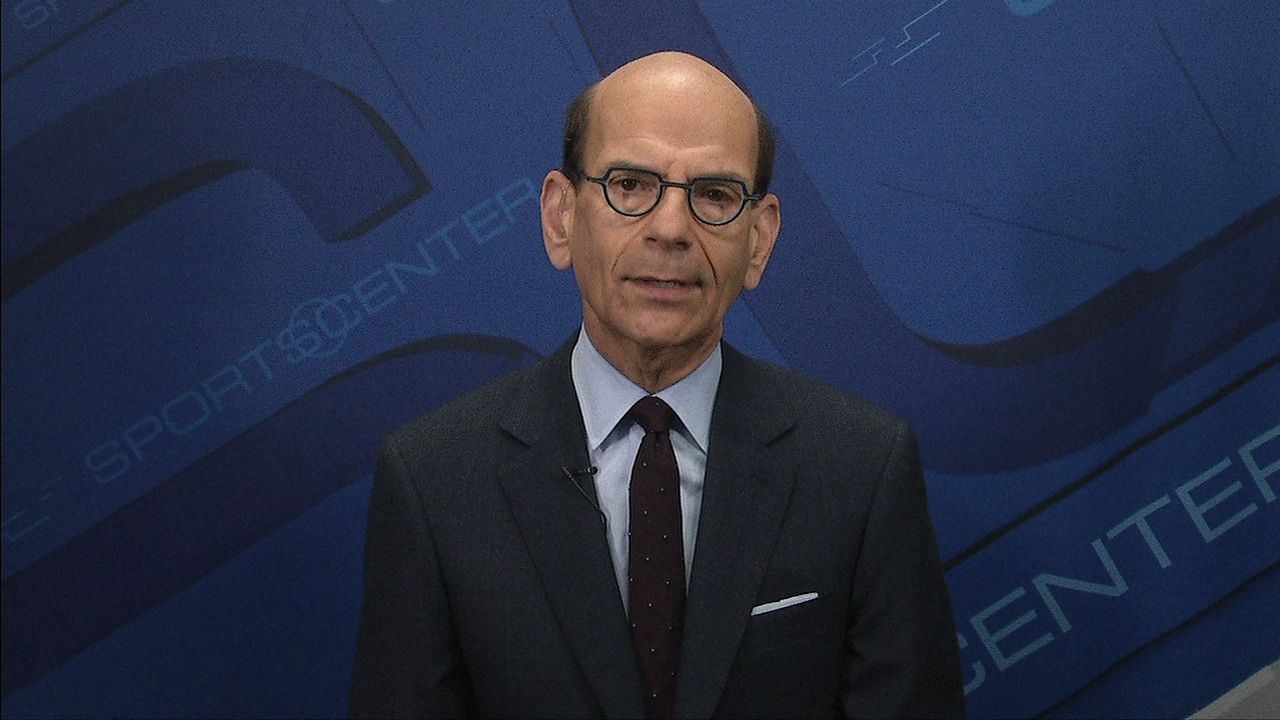 Finebaum: Revenue withholding a 'very bad sign for Baylor'
Paul Finebaum explains why he thinks Baylor is in big trouble after the Big 12's decision to withhold 25 percent of the school's future revenue distribution payments to Baylor until the conference is satisfied that proper changes have been made. 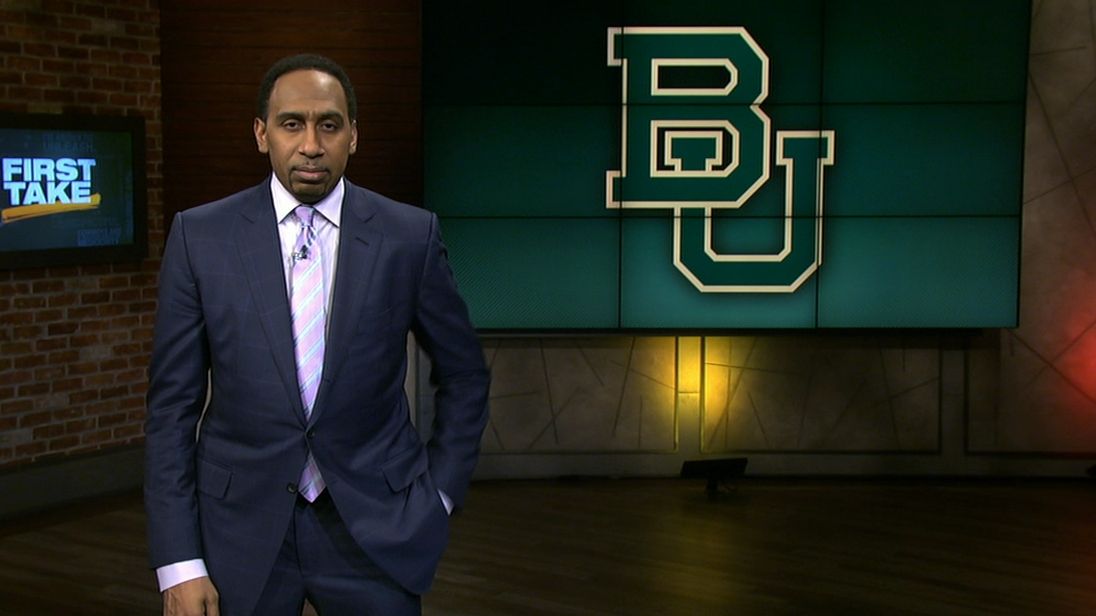