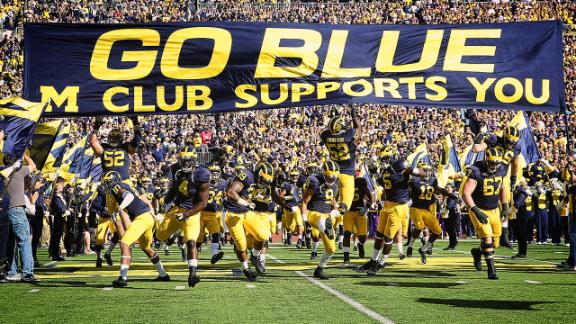 Baylor is No. 2 and Utah is up to fourth behind No. 1 Ohio State in The Associated Press college football poll.

The Bears have their best ranking ever. They reached No. 3 three times previously, including once last season.

Utah has its best ranking since finishing No. 2 in the final 2008 poll. The Utes' previous best regular-season ranking was No. 5 in 2004.

Voters spread first-place votes around to six teams in the Top 25 released Sunday. The Buckeyes received 27, down 11 (38) from last week. Baylor had 13, and Utah had 16. No. 3 TCU received three first-place votes, and No. 5 Clemson and No. 9 Texas A&M each received one.

LSU rounded out the top five, followed by Michigan State, Florida and Texas A&M. Alabama is 10th and Florida State is 11th, while Michigan climbed six spots to No. 12.

No. 19 Oklahoma dropped nine spots after losing to Texas. No. 20 Northwestern dropped seven spots after being shut out by Michigan.

Ohio State started the season a unanimous No. 1, but as the Buckeyes have sputtered, support has slipped. Ohio State pulled away from Maryland in the second half Saturday for a 49-28 victory.

Now there isn't much separation in the top four. The Buckeyes have 1,411 poll points, 21 more than Baylor. TCU is four points ahead of Utah.

Southern California and Georgia both started the season ranked in the top 10 with what seemed like legitimate hopes to reach College Football Playoff.

Six weeks into the season, both traditional powers are out of the rankings and likely out of the playoff race. The Trojans flopped Thursday at home against Washington, and the Bulldogs blew a 21-point lead at Tennessee on Saturday.

Georgia is out of the rankings for the first time since the end of 2013.