Astros turn to Rockets legends for help before Game 6 tonight 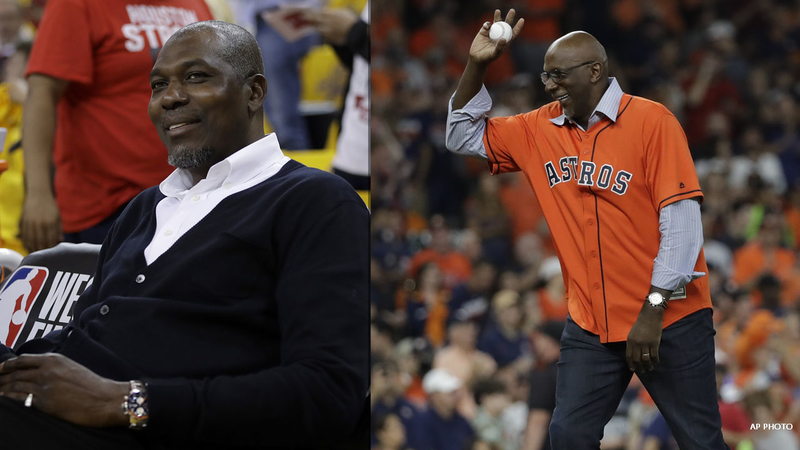 HOUSTON, Texas (KTRK) -- As the Houston Astros make their own "Clutch City" run to a championship as the 1994 Houston Rockets did, the baseball club is fittingly calling on two hometown basketball legends to help them complete that run.

The Astros announced Hakeem Olajuwon and Clyde Drexler will take part in the ceremonial first pitch, with Olajuwon throwing to Drexler.

But helping out in the postseason is familiar to Drexler, who threw out the ceremonial first pitch before Game 6 of the American League Championship Series between the Astros and the New York Yankees in 2017.

The star power doesn't end there.

Fans heading to Tuesday night's match up versus the Nationals will receive an Astros postseason rally towel.

Don't forget that the party for fans starts early.

A postseason street fest will kick off at 4 p.m. on Crawford Street. You'll need a valid game ticket to get into the fest, which ends at 7 p.m.

The game is set for 7:07 p.m., and Astros ace Justin Verlander will be on the mound.

The Washington Nationals will send pitcher Stephen Strasburg out to try to help them stay alive.

With the Astros leading the series 3-2, this could be the game that seals Houston's second World Series title in just three seasons.