Astros kick into extra gear in dominating sweep of Indians 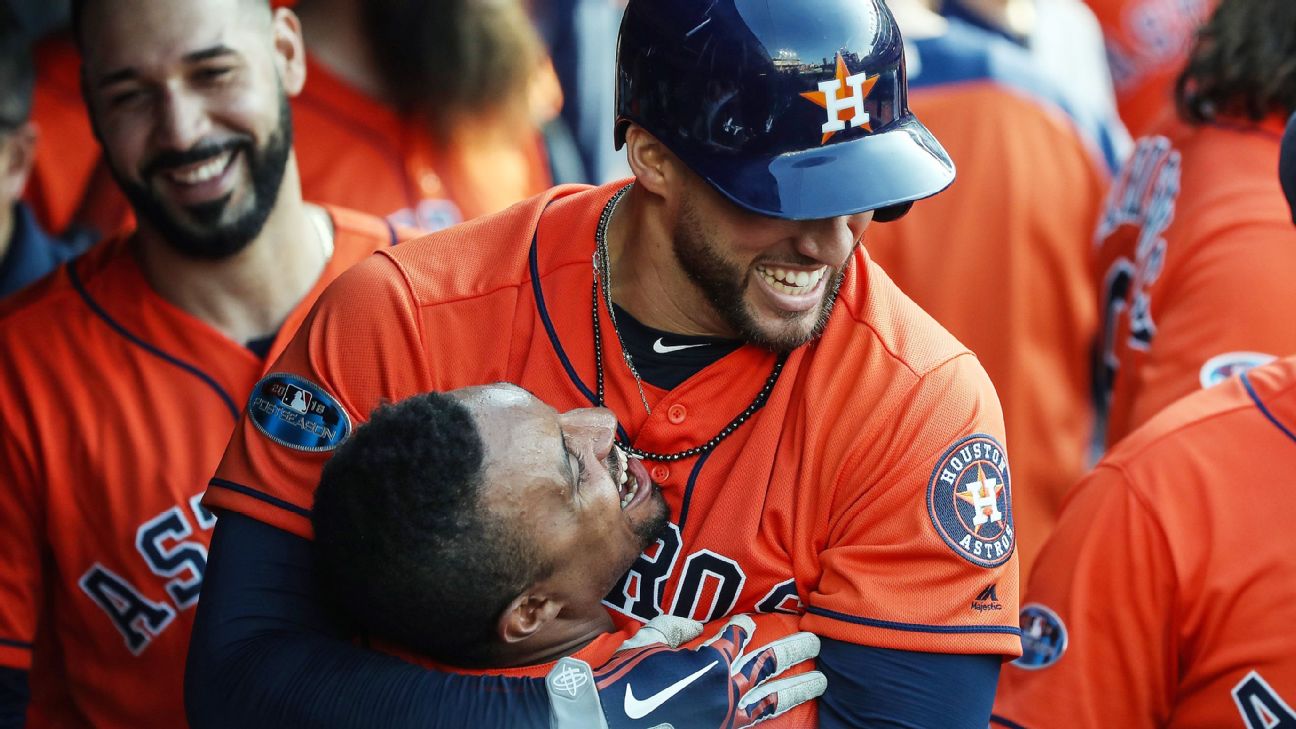 ESPN
By Pat McManamon
CLEVELAND -- With efficiency and authority.

That's the way the Houston Astros handled the Cleveland Indians in a three-game sweep of the American League Division Series. After Monday's 11-3 victory, the defending World Series champions now have a few days before they play Boston or the Yankees in the next round.

The Astros dominated the series as convincingly as a sweep would indicate. Their pitching staff held the Indians to 13 hits and a .144 batting average. Their hitters hit .327 with eight home runs.

The Astros did the big things better; they also did the little things better. Their pitching was suffocating, their hitting relentless. In the deciding Game 3, they scored 11 runs while also leaving 12 on base.

"There is an extra gear that our guys have," manager AJ Hinch said. "And once we hit the postseason, it looks like, as of right now, that our guys really, really turned it on."

Houston tied an American League record by hitting a home run in 12 consecutive postseason games going back to last season. George Springer had two home runs in the deciding game, giving him seven in his past seven postseason games.

According to Elias Sports research, Springer is only the fourth player in Major League Baseball history to achieve that feat, joining Carlos Beltran (2004), Reggie Jackson (1977-78) and Lou Gehrig (1928-32).

Springer was unaware of the statistic as he spoke while teammates hooted and hollered and sprayed bubbly behind him. Shown the information on a phone screen via a tweet from ESPN Stats & Information, Springer didn't blink.

"I'll take it," he said. "Those are pretty prestigious names to be around. It's all great, but this is what it's about."

He then nodded toward the party behind him.

Springer said he might appreciate that home run stat "in 20 years, yeah, when I'm done playing."

It sounds corny until the Astros are seen up close. They play together, they play hard and they play the right way. Jose Altuve put it this way: "Play one game at a time and stay humble."

The Astros also exploited a problem the Indians were aware was a concern when the postseason started: a leaky bullpen. Manager Terry Francona decided to use Trevor Bauer as a wild card of sorts. Andrew Miller, so dominant two years ago, struggled in two games (three walks in one-third of an inning). As did former closer Cody Allen (54.00 ERA after giving up six runs in one inning). Bauer had two errors in one inning Monday. Cleveland's top four relief pitchers -- Bauer, Miller, Allen and Brad Hand -- gave up 11 runs in 6 innings.

"Not a lot of things went the way we hoped," Francona said.

"We make you throw strikes," Hinch said. "But we aren't afraid to ambush you. That creates a little bit of a dilemma from Pitch 1 for a reliever."

Houston's pitching meant that any mistake an Indians pitcher made was magnified. Jose Ramirez was 0-for-11 in the series, and the quartet of Michael Brantley, Edwin Encarnacion, Josh Donaldson and Ramirez were a combined 4-for-42 (.095).

No team has repeated as World Series champion since the Yankees won three in a row from 1998 through 2000. The Astros have one small preference moving forward as they try to defend their title.

"The only thing I would like is in the playoffs, it's really big to have home-field advantage," Altuve said. "So if we could start playing at home, it would be better for us. It's not because I prefer playing either team; it doesn't matter who we play. We're going to go out there and try to win. I respect the Yankees and Boston, two of the best teams around.

"But if you ask me, I would like to start at home."

Houston won 103 games during the regular season, Boston 108 and the Yankees 100. Houston would get home-field if the Yankees win their series against the Red Sox.

"Our guys have an uncanny ability to focus on the day," Hinch said. "Whether that's at the beginning of the spring, into the season when we were pushed by our division, the A's, into entering a playoff series with all the expectations, the target on our back.