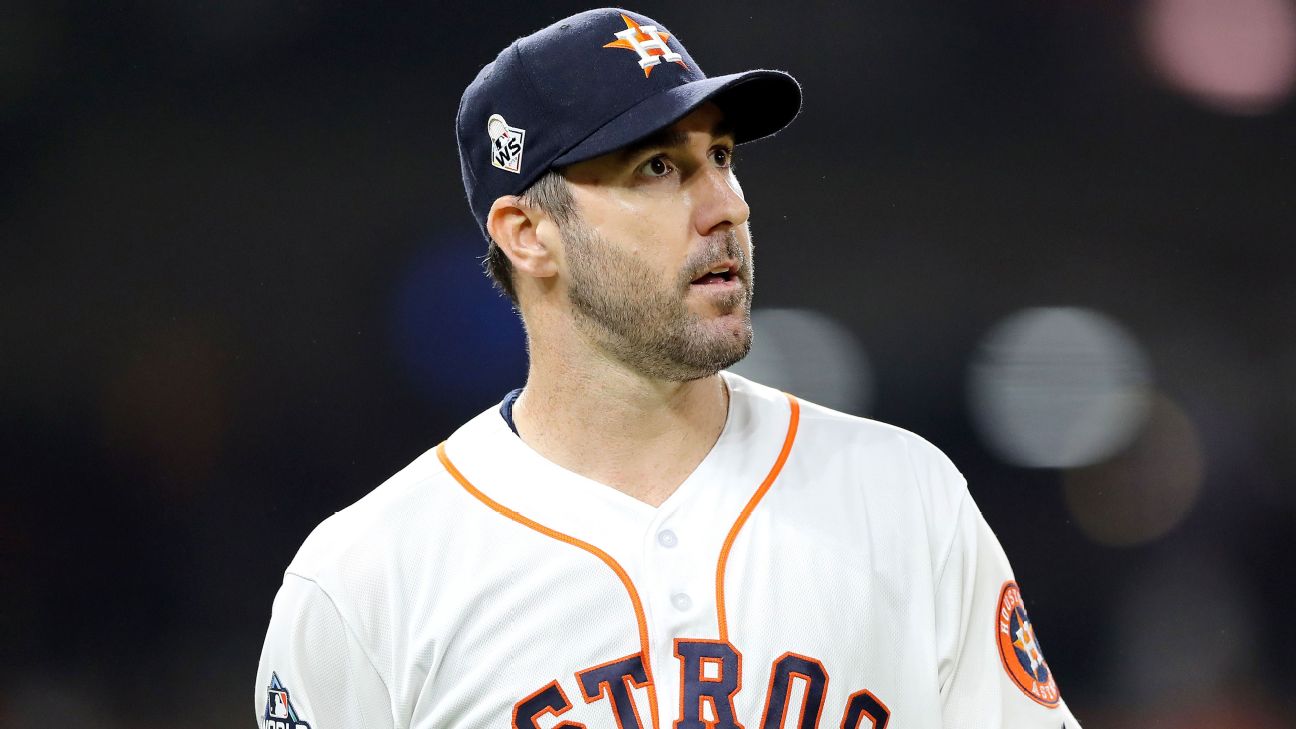 WEST PALM BEACH, Fla. --Houston AstrosaceJustin Verlander elected not to throw his scheduled bullpen session and No. 2 starter Zack Greinke isn't even in camp yet, adding to an unusual start to spring training for the team.

Verlander's name appeared on Houston's daily schedule as a thrower, but a team spokesman said Verlander threw a 60-pitch bullpen on Tuesday before camp opened and requested "a little extra time before he threw again."

Greinke isn't expected to arrive in camp until Feb. 22 -- opening day of the Astros' Grapefruit League schedule. His absence is not a surprise to the club.

"He's working out and is in contact with our training staff and (pitching coach) Brent Strom," Baker said. "We're not worried about him. This guy is a guy who works and so when he comes to camp we expect him to fall back in place with everybody else."

Verlander and Greinke have three Cy Young Awards between them, with Verlander claiming the award last season.

This will be Greinke's first spring training with the Astros. He posted an 8-1 record with a 3.02 ERA after a mid-season trade from Arizona to Houston.

Verlander led the league with 21 wins last season. He's started fewer than 30 games in a season only once since 2006, his first full major league season.

On Thursday, Houston did get it its first look at the surgically-repaired arm of Lance McCullers Jr. for the first time since 2018.

An All-Star in 2017, McCullers had Tommy John surgery following the 2018 season and missed all of last year. He's one of the pitchers Houston is counting on to help fill the void created when free agent Gerrit Cole signed with the New York Yankees during the offseason.

"It felt really good to be back on the mound with the other guys around in a normal spring training routine," McCullers said. "I wasn't worried about how I was going to feel, anything like that. I wanted to just stay under control. It was a long time coming for my first pen."
Report a correction or typo
Related topics:
sportsespnnewsmlblance mccullers jrhouston astrosjustin verlanderzack greinke
Copyright © 2020 ESPN Internet Ventures. All rights reserved.
More Videos
From CNN Newsource affiliates
TOP STORIES

Beta moves eastward taking the rain with it
Some roads remain flooded after Beta
Rain expected to clear out of Houston area later today
Ginsburg lies in repose at Supreme Court
What's in all that floodwater from Beta?
Show More
How to find your vehicle after it has been towed
Pres. Trump says new TikTok headquarters could land in Texas
Body found during search for missing fisherman in Brays Bayou
8-year-old boy found mom beaten to death, HPD said
Woman gives birth to quadruplets after having brain surgery
More TOP STORIES News