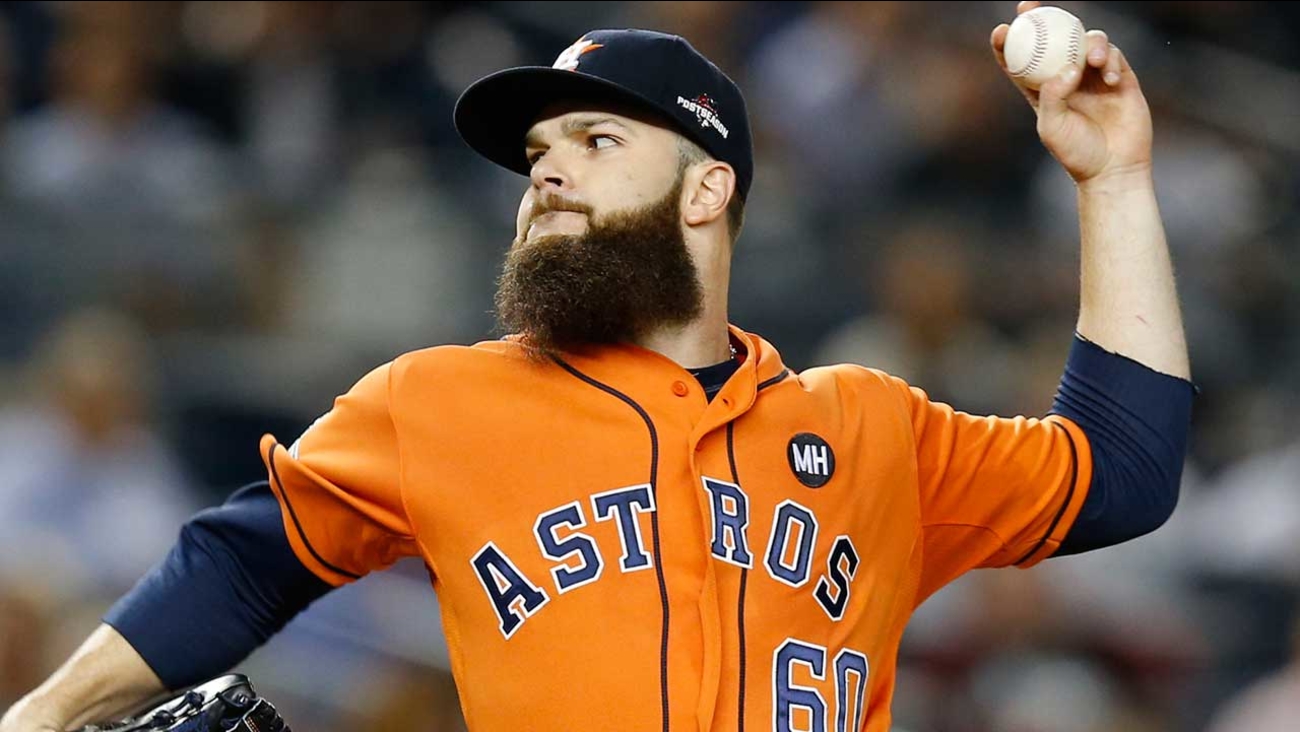 Keuchel got 22 first-place votes for 186 points from the Baseball Writers' Association of America in results announced Wednesday.

Keuchel led the league in wins, going 20-8 and helping Houston reach the playoffs for the first time since 2005. The bearded 27-year-old with a dominant sinker and sharp slider had a 2.48 ERA and 216 strikeouts.

Price went 18-5 with a 2.45 ERA and 225 strikeouts. Traded from Detroit to Toronto in late July, he pushed the Blue Jays toward their first playoff appearance since 1993.

The NL Cy Young Award was to be announced later Wednesday.

Keuchel became the first Houston pitcher to win the Cy Young since Roger Clemens in 2004, and the first do it since the Astros joined the AL.