AP Poll ranks Baylor eighth, Texas A&M at No. 9 and Houston out 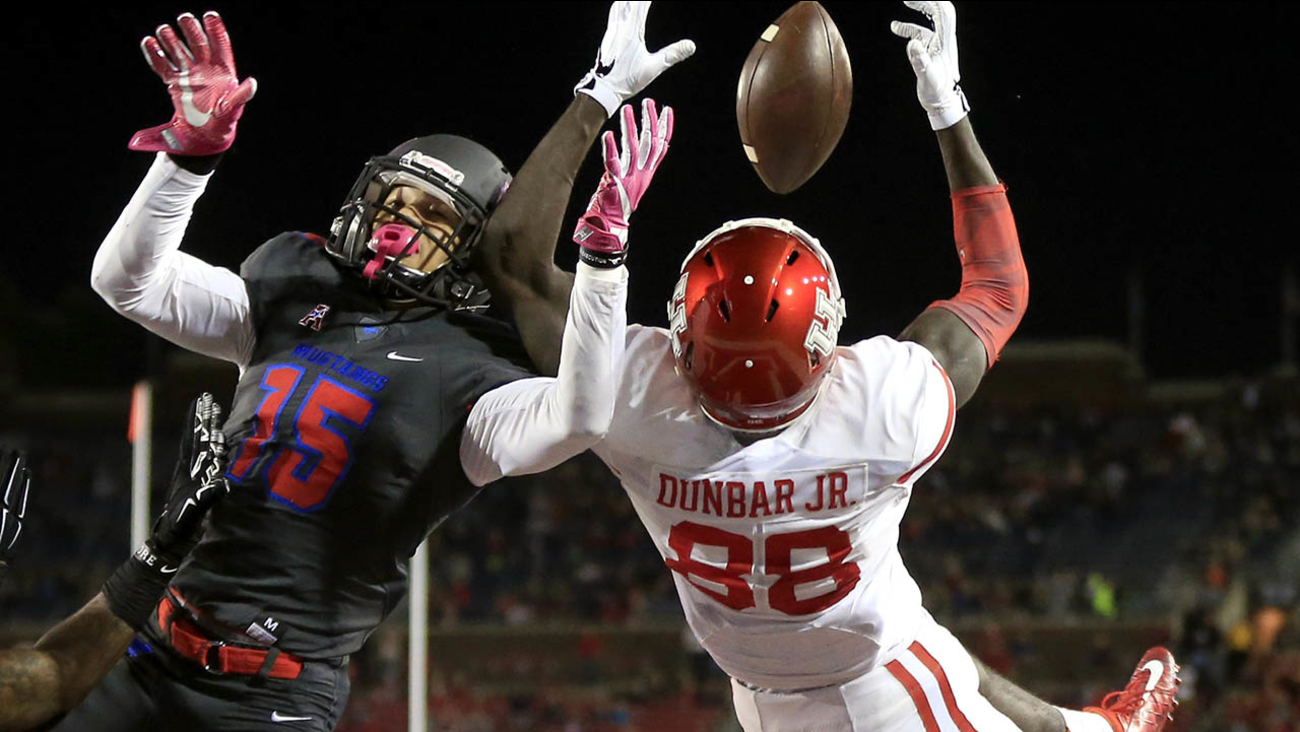 Ohio State dropped four spots to No. 6 in The Associated Press college football poll after its first loss of the season, and Penn State moved into the rankings for the first time since 2011 after upsetting the Buckeyes.

Alabama is No. 1 again, receiving all but one of the 61 first-place votes from the media panel on Sunday. Michigan moved up to No. 2, Clemson is No. 3 and Washington No. 4.

Louisville moved up to No. 5 ahead of the Buckeyes, who blew a 14-point fourth-quarter lead and lost 24-21 against Penn State on Saturday night. The Nittany Lions entered the rankings at No. 24.

Nebraska is No. 7 and Baylor is eighth. Texas A&M slipped three spots to No. 9 after losing for the first time this season.

- West Virginia (6-0) moved up two spots to No. 10 in the rankings, the Mountaineers' best showing since 2012. Those Mountaineers with Geno Smith and Tavon Austin were undone by a faulty defense and ended up finishing the season unranked after peaking at No. 5 in early October. These Mountaineers have the second-best defense in the Big 12 and rank 32nd in the nation in yards per play at 5.14.

- No. 15 Auburn moved up six spots after the second-most lopsided SEC victory in the history of the program. The Tigers beat Arkansas 56-3 and have won four straight since a 1-2 start.

- No. 19 LSU moved up six spots after trouncing Mississippi.

- Washington matched its best ranking since finishing No. 3 in 2000.

- Ohio State had the biggest drop of the week, but it still ran its streak of top-10 rankings to 31, the longest current streak in the nation, dating back to November 2014.

- No. 23 Colorado and No. 25 Virginia Tech moved back into the rankings for a second time this season.

- Houston tumbled out of the rankings for the first time this season after getting routed by SMU. The fall from No. 15 to unranked is tied for the fifth-largest drop since the rankings went to a Top 25 in 1989.

- Mississippi, which was the first 3-3 team since 2009 to be ranked last week, is out for the first time this season after dropping to 3-4 with a loss to LSU.