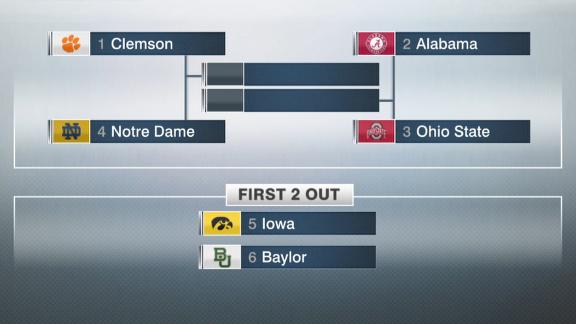 With their win over LSUon Saturday, the Alabama Crimson Tide moved up to No. 2 in this week's College Football Playoff rankings.

The Crimson Tide are behind No. 1 Clemsonbut ahead of Ohio State,which remained third.Notre Dameended up the big beneficiary of LSU's loss, as the Fighting Irish moved from No. 5 to the top four.

Notre Dame is followed by undefeated Iowa, which jumped from ninth to fifth. The Hawkeyes weren't the only team making a leap in the top 10.Stanfordalso moved up four spots, from No. 11 to No. 7.

Between the upwardly mobile duo is Baylor, which held steady at No. 6. The Bears are joined in the top 10 by Big 12 rival Oklahoma State, which jumped six spots to be ranked eighth this week by the committee. Those two schools are on a collision course for a Nov. 21 showdown, which should go a long way to determine which, if any, Big 12 school will have a chance to play for the national title.

A tight win over Vanderbilt costFloridaone spot, as it fell back to No. 11.Oklahomaclimbed from No. 15 to No. 12 after scoring more than 50 points for the fourth straight week. The Sooners could make an even bigger move in the rankings with a win over Baylor this week.

In-state rivals Michigan Stateand Michigan, authors of one of the more improbable finishes this season, come in at Nos. 13 and 14, respectively. The Big Ten foes are moving in different directions, however, as the Spartans fell six notches while the Wolverines gained three spots.

After a 20-point loss to Oklahoma State, TCUtook a tumble from No. 8 to No. 15. The Horned Frogs are followed by Florida State, Mississippi State, Northwesternand UCLA.

Making its debut in this year's College Football Playoff rankings is Navy, an upset winner over Memphis. After their loss to the Midshipmen, the Tigers settled in at No. 21. They are followed by Temple, North Carolina, Houstonand Wisconsin. 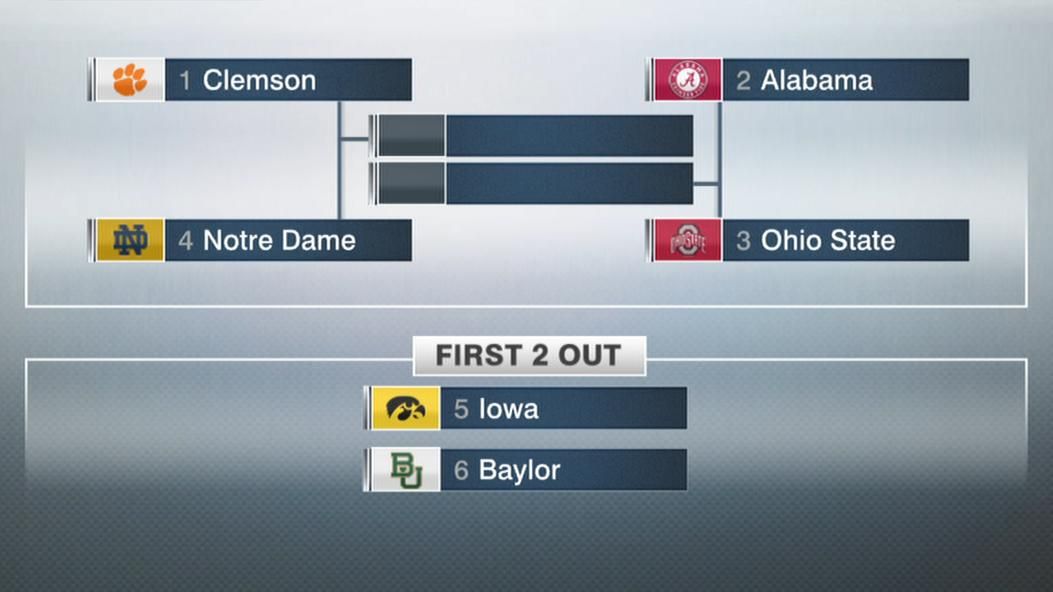 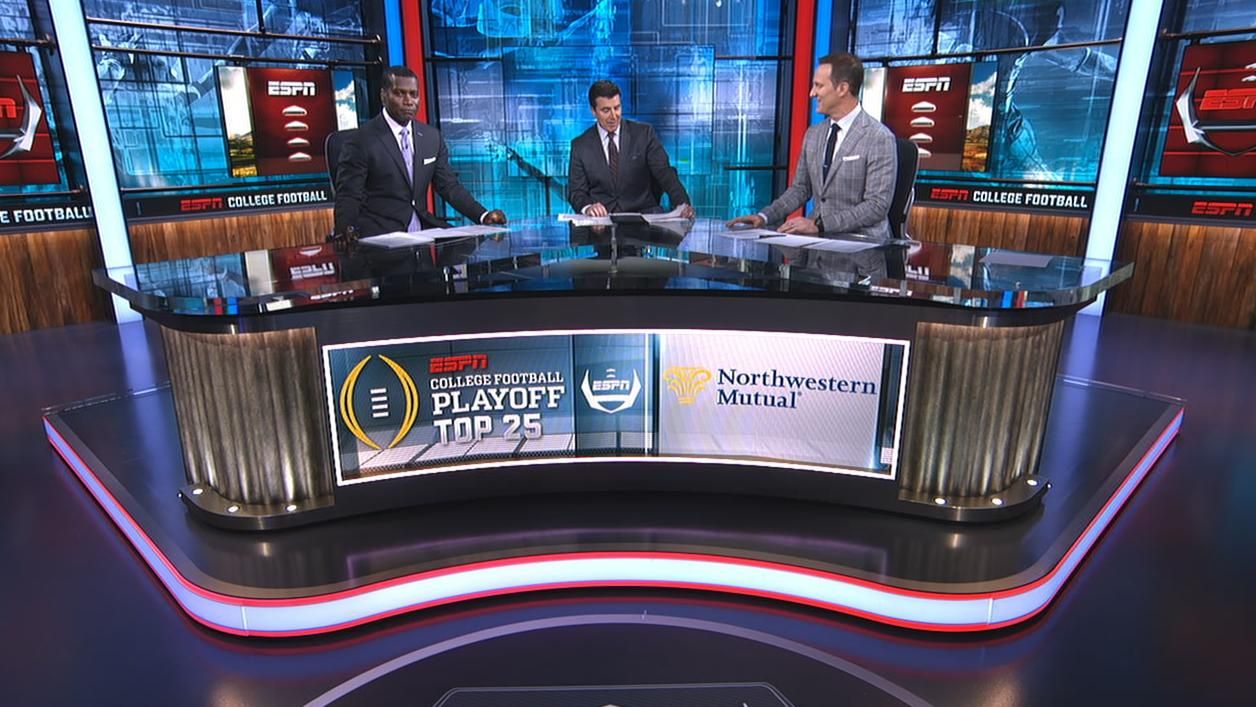