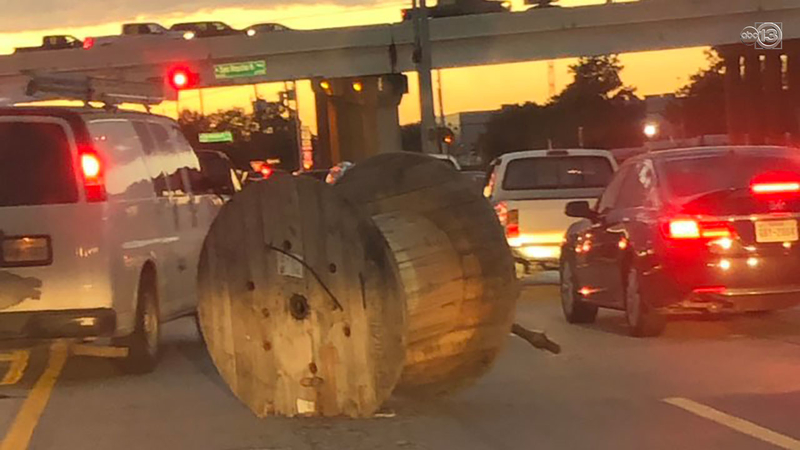 Another spool sighting in Houston becomes dangerous during PM commute

HOUSTON, Texas (KTRK) -- For just the fourth time since October, drivers in the Houston area had to maneuver around a loose spool.

A photo posted to Twitter on Thursday evening showed the rolling obstacle taking up lanes in the area of West Little York and the North Beltway.

The motorist who took the photo said the spool was involved in a crash with a blue truck. He also said the man and family from the truck were on the side of the road when he captured the image.

It's not immediately known whether law enforcement confirmed the incident, or if the driver carrying the spool remained on the scene.

Just last week, a school bus had to avoid a much larger spool that had gotten away on the South Loop.

On Oct. 25, Houston drivers dodged a giant spool during lunchtime on I-10 near Wayside. On Nov. 12, drivers maneuvered around two spools near the same area of the East Freeway.