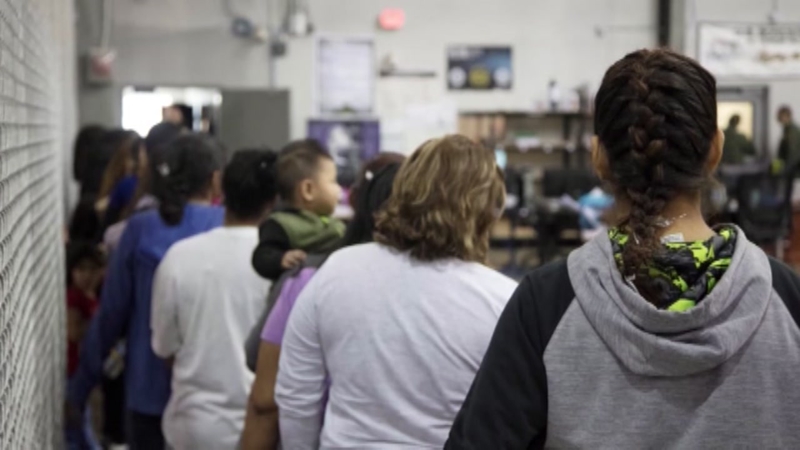 HOUSTON (KTRK) -- The city of Houston rejected a settlement offer from Southwest Key, the company looking to open a child immigrant facility at 419 Emancipation, despite concessions to the city, the company said Wednesday.

The company sued in September alleging the city of Houston has illegally stood in its way of opening the facility because it could win political points for standing in its way.

Southwest Key officials say they were invited in by the city to negotiate. The company agreed and spent most of a day last week going over its plans and agreeing to changes, but then the city rejected them all, sending the issue back to court, according to the company. Even changes that would resolve the city's permitting concerns were offered and rejected, including raising the minimum age to 16 or 17. The city didn't include a counteroffer.

"We came to the table in good faith because the city asked us to do so. Now, a week later, the city rejected our proposal and has no counteroffer. And that's disappointing," spokesman Jeff Eller said in a written statement. "The real losers are the children. More and more unaccompanied minors are coming across the border. They need compassionate child care. Unfortunately, the city continues to play politics and keep these children from getting the care they need and deserve."

"Since it appears Southwest Key has chosen to make confidential negotiations public: The City requires that Southwest Key simply comply with the rules governing permitting for its intended use of the building at 419 Emancipation," Mayor Sylvester Turner's communication director Alan Berstein said.

Bernstein wouldn't respond to other questions about the claims from Southwest Key.

The facility was planned to open as demand for facilities increased under policies put in place by President Donald Trump.

"The lawsuit filed... lays out clearly and convincingly how the City of Houston has ignored its own regulations, and past practices, and has knowingly misrepresented the facts to the State of Texas to deny Southwest Key a license to open the facility. This suit shows how city officials bent the rules and broke the law for the sole purpose of advancing the mayor's political agenda," a Southwest Key spokesperson said after the lawsuit was filed. "We attempted on several occasions to resolve this matter with the Mayor's Office. The mayor refused to listen and ordered a stop (from) work on any Southwest Key permit applications."

The company filed its application with the state and was one step away from opening when the city stepped in, the suit alleges.

Bernstein sent an email memo to department heads outlining talking points for the facility and the city's opposition to it, according to documents obtained by Southwest Key through an open records request and shared it with ABC13.

"If organizations such as [Southwest Key] refuse to be enablers of an immoral, un-American immigration policy, the federal government might be left with no alternative than to re-united (sic) them with their parents," Bernstein wrote.

Bernstein claims his memo "did not outline the city's opposition."

"Are (Southwest Key) shelters 'detention centers?' No, their parents were detained by the federal government. They are in quasi foster care."

June 20, Houston Fire Chief Samuel Pena wrote to other city officials that the facility's approved R1 permits were no good, based on the idea it might be a detention facility, despite Bernstein's claim they weren't.

"Based on the reported type of occupant for the facility, it seems they are describing a detention facility to house children, which is different from their previously declared use and (Certificate of Occupancy,)" Pena said. "If accurate, this type of use would most appropriately require an Institution, I, designation."

"(P)lease put a hold on the address for permit issuance," Haddock wrote.

"(T)hey will have to evaluate the economic feasibility of moving forward," it read.